For the second year in a row, South Korea is the second most attractive wine market globally, according to the Wine Intelligence Wine Market Attractiveness Compass Model 2021. While a number of consumer, demographic, economic and political factors help determine a country’s ranking in the Compass Model, there are a few key drivers for South Korea’s attractiveness to wine businesses.

South Korea is classified as a growth market by Wine Intelligence, as a result of long-term growth in wine volumes. Still wine volume consumption grew by over +20% in 2020, and both still and sparkling wine volumes are expected to continue on their growth trajectory through to 2025, according to IWSR figures. Additionally, the price per bottle in South Korea is much higher when compared with other wine markets.

In an era of disruption that characterised the ongoing COVID-19 pandemic, the most significant development of the past year in the South Korean wine market has been the government’s relaxation of the laws surrounding the purchase of alcohol online. Having only been introduced in mid 2020 to South Korea, placing orders online is something that one in five South Korean wine drinkers now participate in.

The change in the routes to market landscape may or may not be connected with a surge in interest in the wine category, led by younger adult consumers, but the evidence suggests the two are linked. Wine sales in South Korea have risen by almost a quarter in 2020, capping a strong period of growth since 2016.

Only 13% of South Korean adults say they drink wine on a weekly basis. Although this number is up +31% since 2017, the opportunity for businesses to recruit new drinkers to the category is ripe, especially when compared with the saturation of regular wine drinkers in other more mature wine markets. South Korea also benefits from a high GDP per capita, relatively low unemployment rate and low corruption, especially when compared with other emerging wine markets.

The ageing population in South Korea means wine businesses need to look to younger legal drinking age (LDA) drinkers to help sustain long-term business growth. Fortunately, the future looks encouraging: Wine Intelligence estimates that the wine drinking population in South Korea has expanded by just under a million drinkers since 2017, and around half of these new entrants are aged 19 (the legal drinking age) to 24.

In the past, the wine category has struggled to appeal to younger LDA drinkers, as beer and soju have long been considered the main social and relaxing drinks. However, the combination of a disrupted on-trade, and more opportunities to buy wine using an app, appear to be provoking a re-evaluation of the role of wine within South Korean society, especially among the educated urban younger LDA drinkers.

“South Korean consumers really embraced wine as the drink to have at home during the tough Covid months,” notes Juan Park, Director, Wine Intelligence. “Additionally, younger LDA generations have begun to prefer wine due to the lower ABV level it offers, especially when compared with other spirits,” he adds.

Wine is considered to be the category that has benefited significantly from the government loosening its stance on alcohol e-commerce. The main factor behind this trend is the democratisation of information to the consumer regarding the wine they are purchasing. Whereas previously a purchase of wine was either an intimidating visit to a specialist shop, or guesswork at the supermarket shelf, now consumers can use their ubiquitous smartphones, and the information they provide, to make their choices. South Korean retailers that have implemented an alcohol e-commerce order system (where customers place their order online before going to the retailer to pick up their purchase) have been reporting significant increases in their sales of wine when compared with the same time last year.

The South Korean wine market has also become one where brands dominate the space as opposed to countries or regions of origin. In 2021, awareness and purchase has increased when compared with the previous wave of data for brands of all sizes, be they mainstream or niche within the market. Adding to this, when making their purchasing decision South Korean consumers are less influenced by the country and region of origin than when compared with 2017 which highlights the movement of the Korean market to becoming a brand-oriented space.

With a large, untapped population and an increasing relevance amongst younger adult drinkers, the wine market in South Korea offers potential opportunities for wine businesses. 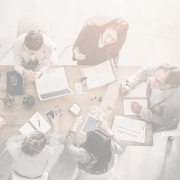 Is your route to market strategy correct?

All change in South Korea
0 replies

How does wine consumer behaviour in Hong Kong differ from that in China?
Scroll to top