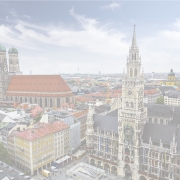 With a solidly high per-capita consumption and a broad base of wine drinkers – one third of the entire population drink wine at least once a week – the German wine market has been a steady source of revenue for domestic and foreign producers for decades. The country’s wine market benefits from a loyal core user base that has a keen eye for value for money. However, changing demographics mean wine producers may need to increasingly focus on innovation to retain consumer interest.

Despite the frequency of their consumption habits – and the fact that they genuinely like the taste, rather than drinking it to feel good about themselves – the Boomers are moderately, rather than obsessively, engaged with wine. Generally speaking, they know what they like, are happy with their knowledge levels – and (a broader leitmotiv of the German market) are always on the lookout for a bargain.

The big question is whether the generations under the age of 55 – particularly the Millennials and LDA Gen Z – will be drawn to the wine category. As recently as 2018, a quarter of Germany’s wine drinkers were under the age of 40. In the space of four years this has slipped to one in five; an ageing consumer base and disengaging younger LDA drinkers is not a recipe for long-term success.

More positively, there are some signs that the country’s drinkers are willing and able to move up through the price points. Average recalled spend in the €7-15 area has increased slightly in the off-trade, and by double-digit percentages in the on-trade, though noting that the vast majority of sales in the latter remain under €20 per bottle.

However, while any upward price movement is encouraging, it will be interesting to see how inflationary pressures impact the nascent premiumisation trend going forward. Most German wine drinkers expect to be worse off over the next 12 months and are already going out less, buying cheaper wine and hunting (even more) for promotions as a result, according to Wine Intelligence sentiment tracking data.

The combination of increased production and shipping costs, wary and price-sensitive consumers and famously powerful supermarkets/discounters could make for a turbulent end to the year as the irresistible force of higher costs collides with the immovable object of price-point conservatism.

Certainly, retailers will be wary of putting pressure on their customers with higher prices. Uniquely among drinks categories, wine in Germany is already predicted to see no growth over the next five years, leaving a market that would be slightly smaller in 2026 than it was in 2016. Big price increases would only make this worse.

Overall percentages of wine drinkers who have bought the various wine styles over the last year – red, white, rosé, prosecco, sekt – remain high, but each style is between six and 11 points lower than in 2018. The declines are not alarming, but nor are they reassuring.

The fact that gin and RTDs have both grown over the same period (and the latter is predicted to continue growing at a solid rate over the next five years) perhaps show where wine’s problems – and its main competitors – lie. These are categories that are attractive to the same younger LDA German drinkers that wine is struggling to attract and retain.

If wine is to speak to the sub-40 Millennials/Gen Z’ers then it could do worse than big up its green and ethical credentials. Awareness of alternative wine styles is growing significantly – particularly amongst Millennials. Typically open to experimenting, they are significantly more likely to purchase everything from orange, vegan and sulphite-free wine to fairtrade, natural and biodynamic versions.

The younger LDA Gen Z consumers are particularly interested in anything that they perceive as healthier and are the most likely demographic to have tried preservative-free, natural or non-alcoholic wine. The latter is particularly noteworthy. For a category that has struggled to gain widespread traction – particularly compared to, say, zero-abv beers – the fact that 12% of German LDA Gen Z wine drinkers have tried a non-alcoholic wine in the last year is grounds for optimism.

Certainly wine needs to find new ways of engaging German consumers and driving them to purchase, because traditional cues are resonating less than they used to. Awareness of both producer countries, and producing regions is falling steadily, as is consumer confidence in their knowledge.

LDA Gen Z, who are, understandably, the most knowledge-insecure of all the demographics would probably benefit from a more digitally-engaged industry. Yet there are few signs of this happening. Online sales, which grew during the pandemic have slipped back once things have opened up, suggesting that for most consumers (and possibly retailers) this was a short-term solution rather than a long-term shift in behaviour.

This return to the tried and tested is, perhaps, axiomatic of the country’s wine situation as a whole: caught between comfortably servicing a loyal and engaged (if highly price-sensitive) base of consumers who have served it well for decades, while introducing the kind of changes needed to attract younger generations who think and act very differently.

Given that wine sales are flat, the core consumer base is ageing and new arrivals are proving hard to engage, it is obvious that changes need to be made. But the balance between conservatism and innovation will need to be handled with care. 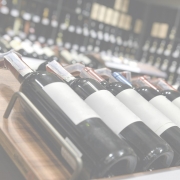 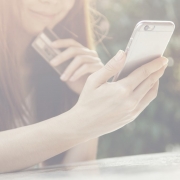 Wine drinking occasions are shifting in Belgium
Scroll to top