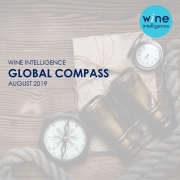 World wine market is seeing a small but broadly-based increase in overall attractiveness, as recent economic growth in developing wine markets masks growing threat of trade disruption in the key consumption markets of US, China and UK, according to Wine Intelligence’s latest Global Compass 2019 report

Overall, the global wine market value (at retail prices) has increased by 1.2% in the past year within the top 50 markets to USD 204 billion, while the total volume of wine decreased by 1.7% (source: IWSR). Growing value per bottle of wine sold in a number of markets has lifted the average Compass score across the globe.

The US again tops the list as the most attractive wine market in the world, though the sustained volume growth of the past decade has largely subsided. The US’s continued Compass attractiveness rating rests largely on the willingness of American consumers to trade up in terms of the price they pay for the wine they do buy, while other categories such as craft beer and spirits compete more strongly for share of personal alcoholic beverage consumption.

The top five is rounded out by Canada, France, Germany and The Netherlands, which has moved up this year from 9th place in 2018. South Korea has also seen a significant increase in attractiveness, making it into the top 10 for the first time.

Among the other stories of note in Compass 2019:

Commenting on the report, Luis Osorio, Senior Project Manager and editor of Compass, said: “The good news from Compass 2019 is that more people are paying more money for their wine around the world than ever before. On the other hand, large numbers of wine drinkers are moderating their consumption of wine, perhaps because of health reasons, perhaps because other alcohol categories are taking share.

“The key uncertainty remains how the global trade picture changes during the next 12 months. An escalation of the Trump tariff war and the threat of a disorderly Brexit are known factors, but unquantifiable at the moment given the range of possible outcomes they represent.”