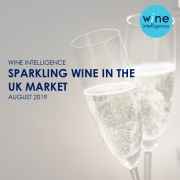 After a decade of growth, the UK’s sparkling wine drinking population appears to have peaked, with monthly consumption frequency also in decline, according to a new report published last week.

The Wine Intelligence Sparkling Wine in the UK Market 2019 estimated that monthly sparkling wine drinking population decreased from 14.6 million in 2018 to 13.9 million in 2019, with the biggest declines among consumers in the 35-54 year old age range. The overall sparkling wine population declined by 1.4 million users (from 26 million to 24.6 million), but participation rates among 35-54s fell from 9.9 million users to 8.2 million users. The report cites evidence that suggests consumers are switching out of sparkling wine on everyday occasions, especially pre-dinner drinks, with the most likely beneficiary being the gin category. The trend towards moderate consumption also appears to be reducing sparkling wine usage frequency.

On a more positive note for the sparkling wine category in the UK, it appears to be enjoying success in recruiting the younger generation. Drinkers under 35 years old now represent 31% of the total sparkling wine population, or around 7.6 million drinkers, up from 7 million (27%) in 2018. These drinkers are tending to use sparkling wine a lot less frequently than older drinkers and tend to spend more on a bottle when they do buy.

The evidence in the report chimes with other data sources which have been showing overall sparkling wine volumes starting to decline in the UK, and retail prices rising as consumers trend towards drinking less but better, a trend that is being mirrored in other global wine markets.

Commenting on the report, Wine Intelligence COO Richard Halstead said, “The boom times for sparkling wine may be coming to an end in the UK, but there is plenty to be positive about. The influence of the younger generation, who see alcohol as an aspirational and occasional treat, is starting to take hold; meanwhile we are seeing the effect of the gin boom in terms of consumers leaving the sparkling category altogether, or simply cutting down on occasions.”