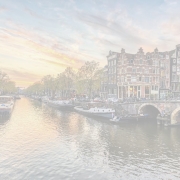 The number of wine drinkers in the Netherlands has slumped in the last five years and that is putting a downward pressure on the consumption of wine in the market. The overall wine volumes have fallen by 8% in the same five-year period. There are, however, a number of opportunities that exist in the premiumisation of wine as well as the rise of the sparkling wine segment in the Netherlands.

It is the budget wine drinkers that have also been found to be exiting the category and among the enduring wine drinking community, the rising engagement is manifesting itself in a willingness to upgrade on what they buy. Dutch regular wine drinkers are typically spending significantly more across most occasions, both in the off-trade and the on-trade, when compared to 2019.

Findings show that the on-trade is yet to reach pre-pandemic levels and industry interviews suggest that the trend towards premiumisation is also being driven by consumers compensating for not going out by investing more in their at-home alcoholic refreshment.

With premium plus wines accounting for just 12% of wines sold in 2021, and the fact that Wine Intelligence findings show a wine bias towards more affluent Dutch consumers, there remains plenty of potential in the premiumisation trend for stakeholders in the wine category to exploit. The advent of the Prevention Agreement in 2021, limiting the use of discount promotions, will accelerate this process.

One factor cited for the shift away from wine among LDA Gen Z, Millennials and even some Gen X consumers, has been a widening drinking repertoire among them. Younger LDA generations are seeking out new experiences from their alcoholic beverage choices, and this has impacted on the mature still wine category. This trend, though, has benefited sparkling wines with the migration of younger LDA drinkers to the category, triggering a rise of 17% in volumes since 2017.

The low price of many sparkling wines has contributed to their prosperity but so too has the emergence of the ‘Aperitivo’ occasion and notably the Aperol Spritz, which has boosted Prosecco sales in particular. The Aperol spritz, has already established itself as a key drink for terraces in good weather. The rise of the Spritz helped sparkling wines to accelerate the rate of growth in 2021.

Prosecco has also been helped by the emergence of the bottomless brunch, and the prospects for sparkling wine in general have improved in the Netherlands as a result of the increase in consumption of sparkling wine with meals. Younger LDA drinkers are becoming less conventional in their consumption habits, with Millennials being found to be the most experimental group of wine drinkers.

The demand for better quality wines looks to be well set and premium plus wines are anticipated to continue to erode the share of cheaper options to account for 16% of all wine sales by 2026. There is also optimism that sparkling wines will continue to make headway, with the category set to expand by a quarter over the next five years.

With still wines forecasted to continue on their downward trajectory, premiumisation and sparkling wines will play an important role in offsetting this falling consumption by bringing more value into the category.  While wine volumes will likely continue to fall, the value of the category will edge upwards.