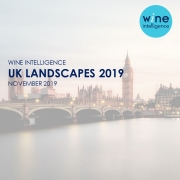 Britain’s 28 million regular wine drinkers would vote to stay in the EU by a margin of 55% to 45% in a second Brexit Referendum, according to new research published by Wine Intelligence today. This compares to a recalled 51% Remain to 49% Leave among the same population of monthly wine drinkers in the original 2016 referendum.

In an analysis published in Wine Intelligence’s annual review of the UK wine market, UK Landscapes 2019, it also reports that almost 7 in 10 UK monthly wine drinkers believe that Brexit will cause wine prices to rise (an optimistic 5% think they will fall). While the majority (65%) of consumers think they will remain loyal to their favourite EU tipple after Brexit, 29% think they will buy less EU wine, versus 6% who say they will buy more.

The findings arise from a survey of 1,000 UK monthly wine drinkers, nationally representative, fielded in October 2019 around the time of the Parliamentary debates on Brexit and the subsequent legally-mandated request for a Brexit extension.

Younger wine drinkers are significantly more likely to vote Remain in a second referendum, with 18-34 wine drinkers would vote to stay in the UK by a margin of over 2 to 1, while the over 65s skew towards Leave by 54% to 46%.

Comparing voting intentions now to recalled votes in 2016, it seems the biggest shift in attitudes has come from 18-34 year old female monthly wine drinkers, who were already strongly Remain in 2016 (66% vs 34% Leave among those who voted). The vote among this demographic would now split 79% Remain – 21% Leave, with the main Remain boost coming from people who didn’t vote in the 2016 referendum.

More broadly, the UK Landscapes report reports that the UK market for wine is still in decline, with spend per bottle rising but volume falling as consumers tend to drink wine less often, for a combination of health and lifestyle reasons.

Commenting on the findings, Richard Halstead, COO of Wine Intelligence, said: “Our data suggests that regular wine drinkers were always leaning towards Remain, but this feeling is growing stronger the closer we get to Brexit, particularly among younger wine drinkers.

“There is a dawning realisation that leaving the EU is going to increase the cost of their wine habit, and possibly reduce their choices. This appears to be part of a broader feeling that Brexit will mean less money to spend on going out generally, and more of the household budget devoted to necessities such as housing costs.”

Press release: Frequent wine drinking population in the US in decline, led by...
Scroll to top