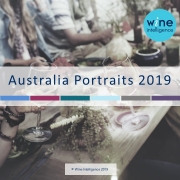 Australia’s wine market growing more dependent on younger, involved and experimental drinkers who are willing to trade up for stories and quality, according to latest Wine Intelligence Portraits Australia report

The latest edition of Wine Intelligence’s segmentation of Australian wine drinkers, Australia Portraits 2019, reveals that each of the six segments have shifted – and in some cases changed characteristics – since the last publication of the report in 2016. Most notably, the two youngest segments, Engaged Explorers and Social Newbies, have increased their consumption frequency and interest in the industry.

In all, Australia Portraits 2019 groups the country’s regular wine drinkers into six different segments based on their relationship with the category. The researchers have named these as: Engaged Explorers, Social Newbies, Mainstream Matures, Contented Treaters, Senior Bargain Hunters and Kitchen Casuals. The two most involved segments, Engaged Explorers and Social Newbies, comprise 25% of the monthly wine drinking population of Australia, but over 60% of the dollars spent in the category, according to the data.

The group with the highest consumption frequency in the 2019 segmentation remains Engaged Explorers, accounting for 9% of the monthly wine drinking population. They are the second youngest segment with the majority aged under 45 and the second most involved and confident group when comparing the other segments. They will rarely spend less than AUD 15 on a bottle to drink at home, and their average off-premise bottle spend is around AUD 22, rising to over AUD 25 for more formal occasions.

Social Newbies is the group with the second highest consumption frequency and is by far the youngest: 66% aged under 35. This group has a higher level of involvement with higher levels of confidence and are eager to explore more in the category.  They are the segment with the lowest knowledge as they have less experience with wine, but that does not stop them from approaching the category with enthusiasm and drinking wine once or twice a week, typically in social settings.

In addition to these two younger groups of highly involved Australian wine drinkers, Mainstream Matures are older engaged drinkers across the board with high frequency, involvement, knowledge and confidence. They are an older group of consumers with a significantly higher proportion of drinkers over the age of 45. They represent almost a quarter of the share of total wine volume consumed in Australia as wine tends to be part of their daily routine. Their average off-premise spend tends to hover around AUD 12 for informal occasions, though they will go over AUD 15 for more formal / social occasions.

For less engaged consumers, the new segment of Contented Treaters has seen a slight increase in frequency, although they are still generally infrequent wine consumers. This group has slightly lower levels of involvement and confidence than in 2016, and as a result, they are likely to spend a bit more than Mainstream Matures and Social Newbies in all occasions to avoid embarrassment or disappointment – AUD 18-20 for themselves, rising to AUD 25+ for a gift.

The two oldest, least-involved segments of wine consumers, Senior Bargain Hunters and Kitchen Casuals, have the lowest levels of consumption frequency, confidence levels and tend to spend less on their wine purchases. Senior Bargain Hunters is now the segment with the highest proportion of Australian regular wine drinkers (27%), with an 8 percentage point increase from 2016. They have limited knowledge and interest in wine, which contributes to their low spend.

Rodney Sammut, Wine Intelligence Country Manager for Australia and New Zealand, comments on the report: “Just as wine markets are evolving over time, so are our consumers. Some of these shifts are more noticeable than others, but collectively, the changes are enough to lead to an evolution of the wine drinker segments. This evolution of the Australian wine drinker over the last three years can’t be pinned down to changes in any single area – we have witnessed changes across both the behaviour and attitudes of wine drinkers in the category.”