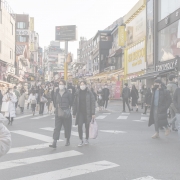 As we embarked on our update of the Wine Intelligence segmentation model for Chinese wine drinkers, known as China Portraits, we theorised that we would see some dramatic changes since we last refreshed the model in 2019. The Chinese wine market has seen some fundamental and unforeseen upheavals since then – Covid-19 and its attendant lockdowns, a tariff war with Australia, and a rising current of nationalism among Chinese consumers. Sales of both imported and domestic wines in China fell during the pandemic, according to IWSR research, but average prices paid generally rose, as oenophiles who were prevented from going out to restaurants transferred their spending to at-home occasions. How would all of these significant factors change the makeup of the Chinese wine drinking population?

The answer, as published in our new China Portraits 2022, released last week, turned out to be less dramatic than we had expected. The fundamental architecture of the Chinese wine drinking population has remained broadly stable from 2019, meaning our segmentation model, and with it the proportion of the Chinese wine drinking population (defined as those drinking imported wine at least twice a year) that each segment accounts for, has remained similar.

Within each segment, the fundamental differentiators – demographics, wine attitudes and behaviours – are consistent enough for each segment to be broadly recognisable as those tracked in our previous report. The most involved and high spending segment, Engaged Explorers, while slightly smaller in terms of share of population, are still the youngest LDA segment, highest earning and most likely to live in major cities. Our Status Seekers remain social animals, confident in their wine choices and drinking largely to burnish their personal image, often in a business context. Mainstream Casuals are middle-aged and their interest in wine is settled – they know what they like, and it is a stable part of their lives.

On the other hand, in a period marked by the upheaval of the COVID-19 pandemic, we have observed some key changes across all groupings. In common with wine drinkers in other markets around the world, the Chinese wine drinker of the 2020s doesn’t retain as much objective knowledge about the category than their forebears of a decade ago. At the same time, their confidence in choosing the right wine for them has increased, driven (as in other markets) by much better access to online knowledge, information and recommendations.

Crucially, wine is being consumed less frequently compared with three years ago, but spend is higher and wine is consumed more often at celebratory occasions in the home. The decreased frequency will explain some of the volume declines, as will the increased spend levels in off-premise. There is also a marked increase in interest in domestic wines, particularly the higher quality offerings now coming to market from areas such as Helan Mountain in Ningxia province, and a greater desire among drinkers across most segments to support local producers.

Engaged Explorers – the high spending, involved segment – are generally drinking fewer alcoholic beverage categories generally, and fewer wine occasions, possibly because their social lives are still not quite back to normal. Mainstream Casuals remain committed to good value, well known wines, but they have also started to become a bit more exploratory, possibly led by growing confidence in making good choices. This segment has also started to skew more female and a bit younger (though they remain one of the older segments overall). Status Seekers are now slightly more likely to come from Hangzhou and Shenzhen, China’s tech centres and therefore a magnet for ambitious business types.

Social Newbies , traditionally the youngest and least wine-experienced segment, have actually grown a bit older overall, with the segment likely made up of the same people as in 2019 – possibly because, with all the on-premise disruption over the past two years, it has been a struggle to recruit new wine drinkers. Unlike other segments, however, Social Newbies are now drinking wine a bit more frequently.

What does this mean for producers looking to sell in China? Perhaps the first conclusion is that the pandemic-related plunge in sales volumes may have been less to do with changes in behaviour in the regular wine drinking population and more to do with the impact of lockdown on very occasional wine drinkers. It’s important to note in China that wine serves two very separate audiences: the 50 million or so who drink wine reasonably regularly, and look a bit like wine drinkers in other markets, and a much larger slice of the Chinese population, running into hundreds of millions, who buy wine perhaps once every two years, to take as a gift at Chinese New Year or give to someone on Singles’ Day. China Portraits maps the former market. For the latter, the legacy of Covid has been major disruption to important gift-giving events such as Chinese New Year, which was the major wine purchasing moment for these very occasional visitors to the category.

For wine businesses that have good distribution, particularly in ecommerce platforms, the post-Covid China market looks more positive than negative. The evidence from China Portraits is that Chinese consumers are more interested in the category and ready to spend more, while the relative youth of many of the more involved segments is a good sign for the future. Set against this, we observe that pandemic-era declines in consumption frequencies and beverage repertoires will take time to redress, while restricted international travel and periodic lockdowns could hold back recruitment into the ranks of the Portraits segments for some years to come.

Five considerations for investing in the no-alcohol and lower alcohol wine sectors...