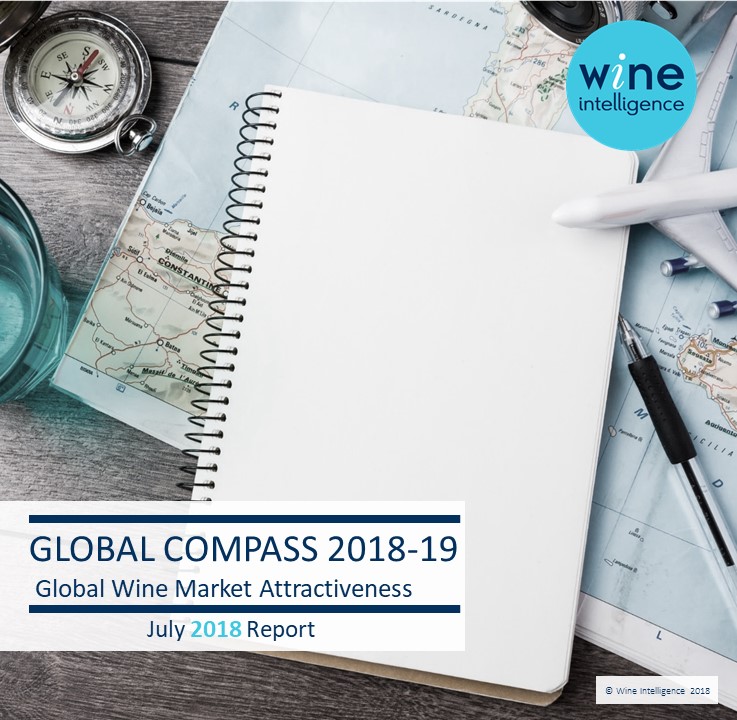 The world’s top 50 wine markets consumed the same volumes of wine in 2017 compared with the year before, but spent 3% more in dollar terms on their wine compared with 2016, according to a new report published by Wine Intelligence today.

Factors driving prices up, according to Wine Intelligence’s Global Compass report, were shortages of wine caused by poor harvests in both hemispheres, combined with changing consumer preferences and moderating consumption behaviours in certain key markets. Counterbalancing this has been the impact of Free Trade Agreements, particularly in Asia, which have seen tariff levels fall and has reduced retail wine prices to enable more consumers to participate in the category.

As with previous editions, the report includes an attractiveness ranking of the top 50 wine markets, based on a statistical model incorporating a number of economic, wine market and consumer behaviour measures. The United States remains the most attractive wine market, because of its size and value, though its volume growth and consumer attitude metrics suggest that the long period of growth it has experienced since the turn of the century may be coming to an end.

The other most attractive wine markets in the world are currently Germany, Canada, China and France, rounding out the top five. Switzerland, part of last year’s top five, is now ranked sixth.

In terms of major movers on the list, China and Brazil are both showing increased attractiveness scores on the back of a growing affinity for wine among the country’s large middle classes, and the impact of the online retail channel. In Brazil’s case, the economy has started to recover after a long period of poor performance, and increasing middle and upper middle class incomes has coincided with an unprecedented expansion of online retailers, with consequential effects on pricing, availability and supply chain efficiency.

For China, the combination of economic growth, middle class demand and online availability has been driving the market for some time, but the report notes that these appear to be accelerating the performance of mid-priced imported wines over the past year, especially from exporting countries such as Australia and Chile which enjoy tariff-free access.

The Compass report also categorises markets by 5 types, ranging from Mature to New Emerging, depending on variables such as size, growth rate, consumer engagement (see the press extract for definitions). The 2018-19 classification features a number of changes, including:

Commenting on the report, Wine Intelligence COO Richard Halstead said: “The world wine market actually looks in pretty good health at the moment, on the back of global economic growth and the strong engines of China and the US driving demand. Amid the overall positive picture there are of course causes for concern, chiefly the potential impact of Brexit on the UK economy and wine supply chain, and, in America, the possible end of a 25 year wine market growth story combined with the threat of a trade war.”

Notes to editors:
Please email Courtney for a press extract that  includes the full Global Compass 2018-19 rankings, key findings and details on how we created the report.