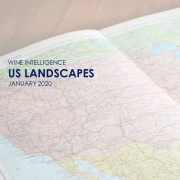 “Perfect storm” threat to wine in the US from decreasing consumption and hard seltzer switching, according to Wine Intelligence

The rise of the hard seltzer category represents a new – and increasing – threat to wine volume growth in the US, according to new research published by Wine Intelligence.

In a survey conducted among a nationally representative population of 2,000 American regular wine drinkers, just under 4 in 10 (39%) said they had reduced their wine consumption over the last 12 months. While the majority of this group indicate they are simply cutting back on alcohol, a third of those saying they are drinking less wine are doing so because they are switching to other alcoholic beverage categories.

Within this latter group, accounting for around 9 million regular wine consumers (or 12% of the regular wine drinking population), the most popular beverages they were switching to are beer and hard seltzers. The report finds that over half (55%) of this group are switching at least some of their purchasing to hard seltzer instead of wine in the last year.

While beer is an established alternative, the rise of hard seltzers to such a prominent position is truly noteworthy – not least because of the speed of the category’s ascent. Number one brand, White Claw, was only started in 2016, and beverage analytics firm IWSR estimates that the US alcohol market volume share of hard seltzer jumped threefold from 0.8% in 2018 to 2.5% in 2019, to 82.5m 9-litre cases, worth approximately USD 3.4 billion at retail value.

The hard seltzer category is still small compared to wine, which in the US is estimated to be a USD 70 billion market at retail value, according to Wines & Vines Analytics. The US wine market has grown consistently for the past 30 years, and has more than doubled in size since the turn of the century. However recently published market data is now suggesting that this long period of growth may be coming to an end, with IWSR announcing two weeks ago that its estimate of US wine volumes in 2019 was showing a year-on-year decline of 0.9%, the first fall in 25 years.

The hard seltzer category’s stellar rise seems to be due to its ability to tap into a number of key trends at once. The drinks are relatively low in alcohol (4-7% abv), low in calories (typically less than 100 calories) and packaged in light, sustainable, and eye-catchingly packaged cans.

In an ominous development for the wine category, the most likely regular wine drinkers to try hard seltzers are under the age of 35. According to findings uncovered in the report, 49% of hard seltzer drinkers who also drink wine monthly are under this benchmark, while 73% are 45 or younger.

Those entering the hard seltzer category are also among the more involved wine drinkers, who would normally be the ones spending at premium levels when buying wine. According to Wine Intelligence’s wine involvement index, 38% of those regular wine drinkers now also drinking hard seltzer are classified as “High Involvement”, versus 30% for the regular wine drinking population as a whole. However this could also be seen as a positive for wine, in that hard seltzer drinkers still see wine as a desirable beverage, and are still shopping for wine for at least some of their drinking occasions.

Commenting on the research, Lulie Halstead, CEO of Wine Intelligence, said: “The American love affair with wine is far from over, but it is clear that wine businesses selling in the US market are facing something of a ‘perfect storm’. Occasions for alcoholic beverage consumption are shrinking, particularly among younger consumers, and the range of beverages is growing – including hard seltzer but also craft beer, hard cider and craft spirits.

“Our tracking data is also showing that wine is growing increasingly reliant on Baby Boomers – those in their 60s and above – to drive volume in the sector. The younger generation is working out what its relationship with alcohol will be for the next 30+ years, and wine should not be taking anything for granted.”