The legacy of Andrew Ehrenberg is haunting brand managers in all categories – and wine is no exception.

Andrew Ehrenberg was a German-born, London-based, marketing scientist who worked in academia for over 50 years, publishing over 200 articles. His contribution to the discipline is phenomenal, describing many law-like relationships and winning many awards for his contributions. His findings are sometimes counter-intuitive but have been successfully replicated in many categories and under different conditions.

It was Ehrenberg who coined the phrase “your customers are mostly other brands’ customers who occasionally buy you” and he proved conclusively that there are far fewer niche brands than we think (or hope). He also proved that the main growth factor for any brand is the size of the customer base rather than loyalty (or frequency of purchase by a brands customers). He also wrote fantastic articles such as “There is no brand segmentation” which illustrated how brands share consumers with all other brands in the market in a predictable way. His legacy is still alive at the Ehrenberg-Bass Institute whose director, Byron Sharp, wrote the must-read book “How Brands Grow”. 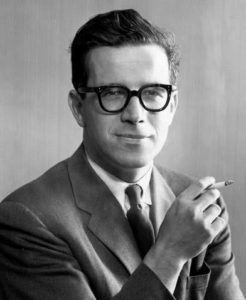 One of his many sobering arguments was to minimise the importance of a product having unique or uncontestable attributes, which he called Differentiation.

He observed that Differentiation is primarily a belief system which central tenet is that brands are successful because they are unique and that this uniqueness is keenly perceived by consumers. In the Differentiation approach, brands must ideally provide unique, non-substitutable features. The compelling logic of this belief system is that continued “uniqueness” can only be achieved through constant innovation, so brand success and innovation are essentially synonymous. As if all brands were considered by consumers and the one with the best story and features gets bought.

Ehrenberg identified a few problems with the Differentiation approach. First, he noticed that competing brands in any given market tend to end up looking, behaving and tasting similar. This is partly because consumers have relatively specific expectations for a category (eg. what is Rioja expected to taste like).

But also, because when a new category emerges there is a fast move towards convergence. Contactless payment was once an innovation in the retail market, now almost all supermarkets in the UK use it. We could argue that replicating or following innovation is very much an accepted practice. If Gallo and Echo Falls both produce a Fruit Flavoured wine, nobody thinks of it as morally questionable action but rather like an astute move by the producers: they are keeping up with innovation.

Innovation, while it may provide a lasting advantage in some cases for early-movers, is generally short lived as a differentiator. Ehrenberg suggested that innovation, in the real world, is mainly a defensive strategy: brands cannot afford to be left behind. 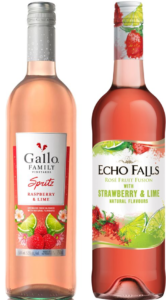 If innovation, apart from being risky, is also short lived, why do some brands, even if looking very like the competitors, sell 10 or even 100 times more than others? Here Ehrenberg brings the argument of Salience. Salience is a combination of awareness, consideration, some relevant associations which determine the propensity of a brand to be noticed and considered at the point of purchase. In a nutshell, Salience is a measure of which of the few hundred wine brands in the shop consumers notice and consider. Crucially, it is not a function of how different they think each brand is compared to others – though a small differentiating mark (a memorable logo or colour) may obviously help. What really distinguishes brands is how many people notice and consider them rather than how different brands are perceived to be.

Why does Campo Viejo sell more than any other Rioja wines of equal quality? Why does Yellow Tail outsell other Australian wines of similar price? Why do some Bordeaux producers command such extraordinary prices while others don’t? We know that their success is not attributed to them providing a differentiated product but by being the ones most consumers can identify and consider to be a safe option. 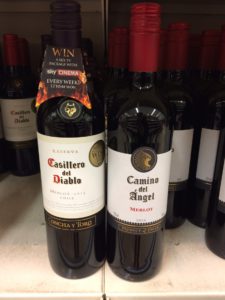 We see examples from time to time of companies trying to ride on someone else’s hard work, investment on advertising and efforts to build Salience (see Casillero del Diablo, and a remarkably similar looking product now in Sainsbury’s, for example), but unsurprisingly this is why trademark law exists.

So, should brands concentrate on being recognised and available rather than focusing on being differentiated? Our experience and evidence suggests that successful brands typically don’t have the most elaborate story to tell nor produce extravagant unique wines (this may be appealing to journalists and trade press); instead successful brands are the ones that have built trust with most consumers, have easily recognisable features and are most available (and advertised).

It took Casillero del Diablo years of focus and investment to really take off in the UK market but now it’s distinctive features are recognised, trusted and their wines are easily found all around the UK. It takes far longer to create Salience than to destroy it. Hiring a label designer who carelessly removes those recognisable brand elements would easily do the job.

Standing out on a crowded shelf and being considered is perhaps the main barrier for brands in as competitive an industry as the wine category. Innovation and differentiation may occasionally help along the way, but the main task for brand owners is to focus on building recognisable brand elements, keeping them crisp and to make them familiar to as many relevant consumers as possible.

Notes of leather
Scroll to top