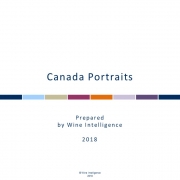 Canadian regular wine drinkers are engaging more with the category, and say they don’t care about soon-to-be-legal cannabis. However evidence from elsewhere suggests that alcohol and cannabis are substitute goods.

Our newest segmentation of the Canadian wine consumer market – Canada Portraits 2018 – suggests that the younger generation are connecting with the detail and diversity of wine with a much greater level of confidence than the equivalent group of a decade ago. At the same time, older consumers are also showing more confidence and happiness with wine as a drink, and spending a bit more money on it.

In summary, the wine category is looking quite healthy. However a major change is afoot in the Canadian market: in a few weeks, cannabis will be legal to be grown, sold and consumed in Canada, the first major developed world nation to fully legalise and control the sale of the drug. The legislation passed in the Canadian parliament in June contains a number of unresolved areas, such as how the Canadian provinces will regulate some of the facets of the trade, and how home-grown cannabis will be treated.

In all provinces except Nova Scotia, cannabis sales will be kept separate from alcohol sales. In the more populous states such ad Ontario, Quebec, British Columbia and Alberta, sales will be through private stores or online. The price is currently mooted to be around CAD 10 a gram, more than the current street price (CAD 7/g), and excluding sales and excise taxes, which will bring it up to around CAD 12 a gram – or just about the current average price of a bottle of wine in Canada.

The big question after October 17, the day chosen by the Canadian government to make cannabis legal, is whether this new option is going to change wine consumer behaviour. The evidence so far is mixed. Ask regular wine drinkers what they plan to do (as we did in July, as part of the research for Canada Portraits) and their view is fairly sceptical: they don’t see cannabis as a wine substitute, and would rather steer clear.

However the evidence from areas where cannabis use has been decriminalized tell a less reassuring story for the alcohol industry as a whole. In Washington and Oregon, for instance, there is some evidence that the availability of legal cannabis reduces alcohol sales (particularly liquor/hard alcohol) but there is enough statistical noise and outside factors that this finding is not conclusive. A more thorough and long-term study by the University of Connecticut, measuring the effect of medical marijuana legalization at a county level in the United States over a 10 year period (2006-2015), argues that there is a significant substitution effect between alcohol and cannabis to the effect of reducing alcohol sales by around 12%.

The truth will of course out, in due course – in sales statistics and our tracking data on consumer usage and attitude (we will be introducing a cannabis tracking measure in the next Canada Vinitrac survey, launching next month). For the wine industry planning for life in the era of legal cannabis, complacency is not an option. Economic logic suggests that, in an environment with a fixed disposable income, and a substitutable product, sales of existing product will fall as spending is diverted from one type of mind-altering chemical (alcohol) to another (cannabis).

Reality, of course, is never so simple. On the one hand habits are hard to change, so it’s unlikely that wine consumers are going to dump their evening glass of Chardonnay en masse in favour of a THC-laced cocktail. On the other hand, the emergence of a new market tends to encourage a lot of innovation, and it’s entirely possible that a good idea, well-executed, will change the game. 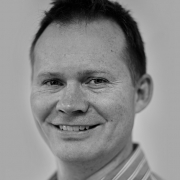