France Landscapes 2019 reveals that although wine consumption remains in decline, consumers are becoming more involved with the category and drinking wine at more diverse occasions

Talk of declining wine consumption in France is as old as the vineyard-clad hills of the Languedoc. It is true to say that the French do not drink wine as they once did. In 2018, 39 million French adults put away over 2 billion litres of wine, or around 56 litres each. IIt sounds impressive until you compare such a number with the French nation of 1935 (160 litres per head), or the France of 1965 (105 l/hd) (source : Karl Storchmann, AAWE, 2018).

Still, even at half the consumption levels of 50 years ago, France remains the third largest market for wine consumption in the world behind Italy and the US. Even if consumption volumes remain in decline (CAGR -2,2% between 2014 and 2018, according to The IWSR), at such volume levels, the French market is considered the third most attractive wine market in the world in Wine Intelligence’s 2019 Compass Market Attractiveness Model.

These days, the reduction in wine consumption is less to do with a nation falling out of love with its historic beverage of choice and more to do with longer-term global social trends such as changing lifestyles, declining alcohol consumption for health reasons, and public campaigns. As with other markets, there is growing competition from other alcohol categories (beer, gin, vodka etc.).

That being said, France is a country where wine remains firmly embedded in domestic culture, and the level of consumer involvement – that is to say, how much consumers care about wine – is showing signs of strengthening, according to our data.  For instance, over the last five years, there has been an increase in the number of French wine drinkers that consider wine to be an “important part” of their lifestyle.

In addition, a large majority of French wine consumers also associate wine with values such as tradition and sophistication – a drink that is friendly and familiar. Increasingly, consumers also associate wine with relaxing occasions and see the drink as refreshing, which shows its versatility in the country. This trend was first noted in our France Landscapes 2017 report and fits with the shift in the occasions of consumption that we notice. For instance, in the on-trade, the consumption of wine at occasions other than a meal is increasing (ie at a bar). In the off-trade, informal occasions are gaining back market shares, while consumers are also trading up. This trend can be seen by a growing population of people who will now spend over 7€ on wine every once in a while (although typically they still spend a lot less).

This new set of insights also suggests that the buying process is evolving. Region of origin remains a prominent cue for French consumers; however, we notice that the AOC’s average awareness level has declined in the past two years whilst brand awareness has slightly increased. In fact, wine consumers aged 18-35 rate brands as being more important than the region of origin at the point of purchase. In a market where region of origin has always been one of the most important choice cues, this new trend is worth some attention.

For more information on the French wine landscape, please see France Landscapes 2019. Please note this report is published in French, but can be purchased in English for an additional fee. 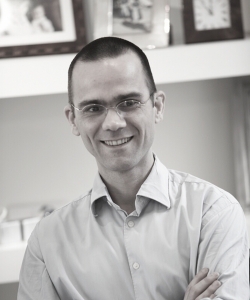