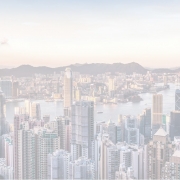 The 10-year boom in wine imports to Hong Kong may be finished, but growing local consumer engagement in the category is pushing up value and broadening portfolios

Hong Kong’s wine market can be neatly characterised around one year: 2008. Before then, wine was taxed at 80% and was largely confined to western restaurants and ex-pat oriented retailers. When the Hong Kong government took the bold decision to cut duty rates to zero, it was widely thought that the principal effect would be to improve Hong Kong’s trading hub status, particularly as a trans-shipment point for the Chinese and southeast Asian markets.

Sure enough, this has come true –  Hong Kong has established itself as Asia’s wine trading hub, with China as the largest re-export destination (both for legitimate and ‘grey market’ product).

However, the less expected story has been the huge and sustained growth of wine as a consumption market in Hong Kong itself.  Since 2008, the autonomous region of China has experienced a compound annual growth rate of 15% by value and 5% by volume for the wine category – the average Hong Konger went from drinking 3.5 litres of still wine in 2008 to 5.3 litres in 2017.

In recent years, exports into China have peaked, with trade experts accrediting this to China gaining direct trade connections with wine-producing regions. Perhaps because of this, the consensus amongst those in the supply chain is that Hong Kong’s position as the Asian redistribution centre has reached a plateau after many years of substantial growth.

On the other hand, though, there has been a substantial change in consumer behaviour amongst Hong Kong wine drinkers, possibly due to the consequences of its wine trading status.  Our latest data from the Hong Kong Landscapes 2019 report shows that the wine category continues to prosper as the market diversifies. While French wines continues to have a strong presence in the market, we are also seeing a steady growth of Australian wines, with about the third of Hong Kong wine drinkers reporting to have drunk it in the past 6 months. Other countries growing in the market include Italy, Chile and New Zealand.

Similar to our 2017 report, red wine very much continues to dominate the wine market in Hong Kong, with the overwhelming majority of drinkers claiming to have consumed the beverage over the past year, driven primarily by older wine drinkers in the category. Despite this, it appears that there is some potential growth for white wine (particularly Sauvignon Blanc) and rosé as they are no longer considered to be just a summer wine by Hong Kong drinkers. Sparkling wine is also gaining momentum, particularly for French Champagne, with over half of Hong Kong wine drinkers claiming to have drunk it in the past year.

As the category diversifies, Hong Kong wine consumers are becoming more engaged with wine, with the report showing a significant growth in the proportion of those who consider wine to be important to their lifestyles. They are also spending more on casual occasions in the off-trade, suggesting that wine is likely becoming a regular and casual companion for them.

Learn more about this wine market in our recent report Hong Kong Landscapes 2019. 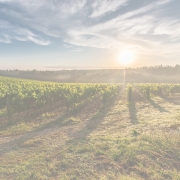 Your top four key takeaways from 2019

How does wine consumer behaviour in Hong Kong differ from that in China?

Shaken, but not stirred
Scroll to top