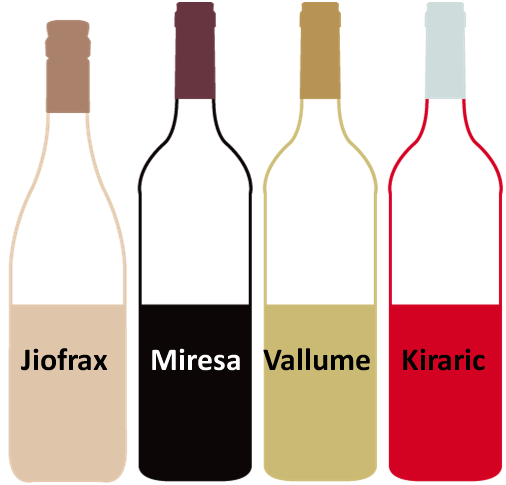 After years working in the wine industry we all instinctively know that how easy or difficult is to pronounce a wine name must have an impact on consumers’ perception of it. We see that wines called Malbec, Rioja, Merlot or Pinot Grigio are on the rise while wines with names such as Agiorghitiko or Kékfrankos face an uphill struggle. In a way, it’s a safety mechanism; why risk exposing the limitations of your wine knowledge by asking for a bottle of Gewurztraminer when there’s a Sauvignon Blanc on the menu as well?

To test out the theory, Wine Intelligence used a random word creator to come up with 18 words to stand in as the names of fictitious wines. The “wines” all had between two and four syllables and some were soft sounding words, like ‘Vallume’, and others hard, like ‘Kiraric’.

A Wine Intelligence survey of 900 consumers across eight American states asked consumers (who were all habitual spenders of over $10 on a bottle of wine):

1. How easy or hard they thought it was to say the words

2. How likely they would be to buy them if they were varietals printed on a wine label

3. The quality expectations they would have for a wine from that grape variety

The initial answer didn’t surprise us; the test confirmed the science behind what many may have already assumed – that the easier it is to say the name of a wine, the more likely people are to want to buy it. What was more surprising was how significant the impact is – people were twice as likely to purchase the wines that were considered easy to pronounce than the ones they found difficult. Or to put it the other way round, words that were difficult to say lost half of the potential market before they’d even started.

Perhaps the most significant finding is that it would appear that consumers closely associate products they find familiar and easy to say with quality. The quality expectation also increased to up to 60% for the easy words vs. the difficult ones in our test. One could expect that consumers would be forgiving of the pronunciation and wait until they taste the wine to assess quality, but the contrary is true. The easier the name is to pronounce, the higher the expected quality. As an example, 25% of consumers would think that the gentle sounding varietal named ‘Miresa’ would be of high quality, compared to just 8% for the more challenging ‘Jiofrax’.

These findings highlight two things: first that we can’t underestimate the unconscious impact that brand names have on intent to purchase and quality expectations. Familiarity and ease of pronunciation have a significant impact.

But most importantly the study highlights that we will increasingly face the challenge of selling our products in a more than ever globalized world as growth markets for wine are as culturally diverse as China, Vietnam, Brazil, Mexico, Russia… if familiarity and ease of pronunciation has such a great impact on consumer perception of a product, can producers become truly global players? How much market adaptation will be needed? 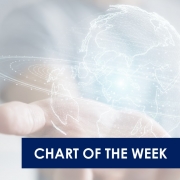 Tariff trouble ahead – for everyone
Subscribe to our newsletter

The Latin Touch
Scroll to top