Mexico is creeping slowly onto the radar of the wine trade. But what are the reasons behind Mexicans’ growing enthusiasm for vino?

Mexico is gradually earning its place at the table of major wine countries – wine consumption in Mexico has been growing at significant rates for over ten years. Per capita consumption of all wine styles is currently at 1.3 litres, representing a 3% growth on 2011, or a 6% growth on 2014. 7.5 million 9l cases of wine were imported in 2015, representing an 8% increase on 2014.[1]

In recognition of its growing importance to the world of wine, Wine Intelligence has been investigating the Mexican wine market for two new reports:  Mexico Landscapes and Mexico Generations. During the research process, we have unearthed 5 principal reasons which go some way towards explaining the vigour with which Mexicans are embracing wine:

This growth of the middle class means that, for more and more people, wine is increasingly accessible and desirable as part of an aspirational lifestyle. In fact, Mexico is the largest luxury goods market in Latin America, having overtaken Brazil in 2012.[2] More women are going into the labour market, and young people have increasing spending power. Mexican cities are becoming increasingly cosmopolitan, and the wine drinking culture is expanding beyond Mexico City into other cities and urban areas.

Find out more in our Mexico Landscapes and Mexico Generations reports, out this Thursday. If you’d like to enquire about purchasing this report, please contact Eleanor. 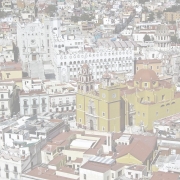 Festivals and wine brands: how to chase and capture Millennials’ imaginat... The future is now
Scroll to top