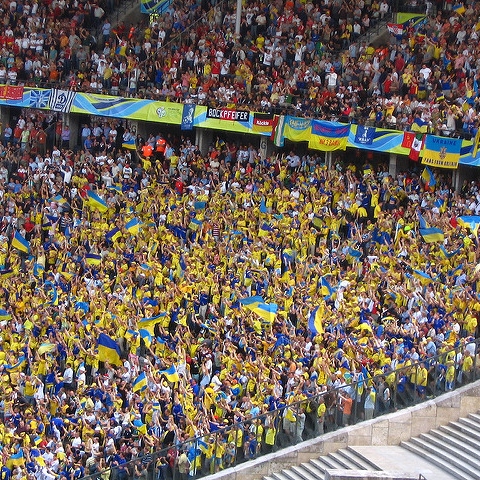 Ukraine is turning to craft beer after economic and political upheaval rocks the nation’s wine industry.

It was a summer to forget for the Ukrainian national football team, as the co-hosts of the previous European Championships became the first nation to be knocked out of this year’s tournament in France. But despite the disappointment Ukrainian fans had to endure with their team’s results, those who had made the trip to l’Hexagone at least had the chance to enjoy their summer with some fantastic French wine and beer.

For Ukrainian wine enthusiasts, it was certainly an opportunity worth taking, as recent political events in the country have had a dramatic effect on its wine industry.

Back in 2011, IWSR data shows that Ukraine was one of the top 30 countries in the world in terms of volume of still wine consumption, drinking over 19 million nine-litre cases of still light wine, similar to markets such as Sweden or Denmark. But by last year, that figure had almost halved to just over 10 million.

What are the reasons for such a dramatic collapse?

The collapse in the hryvnia, the Ukrainian currency, following the country’s economic crisis which came to a head in 2014 is one obvious factor which has contributed to this decline, especially with regards to imported wine.  Whilst the UK worries about the pound as it hits a 31-year low against the dollar in the aftermath of Brexit, spare a thought for the Ukrainian consumer, whose buying power has seen a far more drastic reduction in recent years. In 2013, the exchange rate stood at 9 hryvnia to the US dollar, but it has now fallen to 25 hryvnia to the dollar, thereby effectively tripling prices for imported wine.

One would think that this would equal positive news for domestic wine producers, especially since domestic wine heavily dominates the wine market in Ukraine, accounting for 80% of all wine consumed. However, as with many issues that are affecting the country at present, it’s unfortunately not that simple.

After Crimea was annexed by Russia in March 2014, the best vines and wines left the Ukrainian wine market as well. A region with a rich history of wine production, trade stopped with the peninsula following the annexation and it is now near impossible to find Crimean wine on the shelves of any Ukrainian supermarkets. The disappearance of the largest winemaking region in the country significantly impacted on sales of wine in Ukraine, and this was exacerbated by the efforts made by producers in the southern regions of Ukraine (Odessa, Kherson, and Nikolayev) to replace the lost supply of domestic wine. In order to meet demand for wine, many producers in these southern regions of Ukraine sacrificed wine quality in favour of reaching greater volumes of production, and the lower quality product which resulted has caused consumers to lose faith in Ukrainian wine.

Arguably, though, the greatest factor in the collapse of the Ukrainian wine industry preceded these economic and political crises, as the Ukrainian government increased the rate of excise duty on wine by four times in 2010. This led to a 65% decrease in wine consumption the following year, and with further tax increases being implemented in February 2016, further changes in consumption could follow.

Ukraine has always had a strong beer drinking culture, but consumers of today are now getting more sophisticated as the country catches the craft beer bug.

On a recent visit to my home country, I noticed in a local pub in Kiev that several items in particular stood out on the menu, all of which came under the category of “firm” beer. When I asked what this meant, I was somewhat surprised to hear that it indicated that the beer was produced by the pub’s own microbrewery, and so couldn’t be found anywhere else. Whilst perhaps now normal in trendy Shoreditch, this is certainly a new phenomenon for Kiev.

In fact, I was surprised that quite few pubs that I came across had their microbreweries, including Barrel Pub, Pyvna Duma, Beer.Live, Slavutych Shato Brewery and many others.

So what can imported wine producers do in order to better compete with beer?

With the economic problems that Ukraine is facing, there’s unfortunately not much that can be done outside of hoping that the political and financial situation will get better, and that Ukrainian wine consumers will gain easier access to wine in the future.

There is some positive news for imported wine producers in that the Ukrainian wine consumers that remain are finally warming to to dry styles of wine more akin to those found on the shelves of more established markets, gradually abandoning sweet and semisweet wines. It’s unfortunate, though, that with the wine industry in Ukraine in its current state, these consumers may have to continue to follow their football team around Europe just to gain access to these wines.

Seeds of success
Scroll to top