Distilling 4 years of experience working in China into a 40 minute lecture was never going to be easy. Yet this was the challenge set us by the UK Market Research Society (MRS) a couple of weeks ago, when they invited us to address our fellow market research professionals in a session entitled “In Vino Veritas? The challenges of finding out what the Chinese really think about wine”. 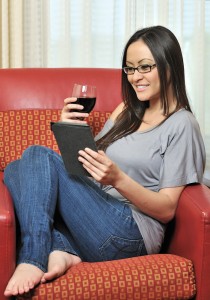 After a healthy debate among the Wine Intelligence China market team, we settled on five key challenges that we have faced in recent projects. Here they are:

1. The real China is a complex cultural mosaic
The extent to which Chinese people are different from each other is tough to grasp from an occidental perspective – at least at first. The complexity of the country in terms of its cuisines, languages, climates, economic layers, culture, and lifestyle becomes apparent with time spent in the country, and away from the Tier 1 cities. Hangzhou is not like Harbin, which is very different from Chengdu. So which is the real China? It’s a bit like flying from Bremen to Barcelona, and having to decide, between those two cities, which represents the real Europe – a decision both impossible and pointless.

2. The country that likes to say yes. . .
We have been running quantitative online surveys in China since 2009, and we have found that Chinese respondents have a tendency to give positive feedback despite their true feelings. The eagerness to please or avoid giving offence might be cultural, or political – and it’s a consistent national trait, despite the cultural differences observed in (1) above. The best antidote: make respondents rank their preferences, or choose between things.

3. . . Except in discussion groups, where the answer is a definite “maybe” In focus groups, unlike online surveys, we have found that respondents like to hide in the middle of a consensus rather than be overly positive or negative. A hypothesis for this is the fear of saying or doing “the wrong thing” in a public situation, which is a strong taboo in Chinese culture. Again, the answer seems to be to get people to do comparative ranking, or choose favourites, rather than make them evaluate something in isolation.

4. Chinese like to be imaginative, and tell stories
Exercises that encourage Chinese respondents to deflect their opinions onto other objects or characters allow them a “safety distance” to express their thoughts indirectly. When we discuss wine labels in a group, for example, we now ask them to describe the labels as characters from a film, or members of a family.

5. Mobile internet research seems to work well
Chinese internet users are increasingly getting used to handling online communications through mobile platforms. We always receive prompt responses from our “online pulse panel” after sending out short questionnaires to their smartphones or tablets. The trick here is to keep questions as short and specific as possible e.g.“do you like A or B better?” 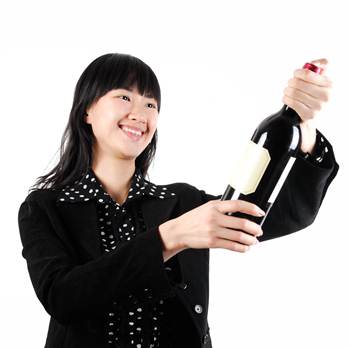 The great wall of unanimity
Subscribe to our newsletter

Are your wine labels on trend?