While sparkling wine bubbles themselves are typically fleeting and fragile, the UK market for fizz has been anything but over the past 10 years. Our latest report on the market shows that the consumer population is stabilizing, as is frequency of consumption. This suggests that the spectacular growth of previous years is over, but that the current consumption levels are likely to be sustained.

From our latest data on sparkling wine in the UK market, it seems consumers are now more confident about their knowledge of sparkling wine and over a third say they are sticking to the types of bubbles they know and like. Perhaps owing to Prosecco’s versatility and popularity, it is currently consumed by about three-quarters of sparkling wine drinkers in the UK (approximately 19.5 million UK adults). In our focus groups with consumers, Prosecco was almost always mentioned first by our respondents.

In addition, other factors driving Prosecco may be its approachable price point. Average spend on a bottle of Prosecco in stores is around £10, which is about half the price of a bottle of Champagne (more than £20). That said, there are a few signs that Prosecco drinkers may be trading up, particularly in the on-trade as Prosecco drinkers are spending slightly more by both the glass and the bottle than they did in 2017.

Then there is the story of English sparkling wine, which continues to grow in popularity. Though still a smaller player in the market compared to Prosecco or Champagne, the outlook seems positive as it attracts the attention of both the trade and consumers. In focus groups, consumers generally lack awareness of English sparkling wine; however, those who do know about it were positive, and those who haven’t tried it said they would like to try it when they have a chance. Previously, consumers were prompted by deals or promotional offers when buying English sparkling, but now it seems consumers are more likely to be prompted by a recognisable brand.

While wine tourism seems to help brands in marketing and sales, our report also finds it to be a largely untapped market, as the majority of those aware of English sparkling wine have never visited any English wineries before. However, of those who have visited, over half say they are likely to go again in the near future.

Overall, the future of sparkling looks favourable in the UK, particularly for English sparkling wine. Going forward, it will certainly be interesting to see how this year’s big harvest in the UK will play out in the market over the next couple of years. 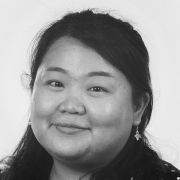 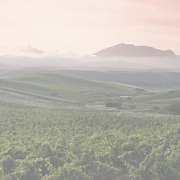 Bring on the Italian fizz 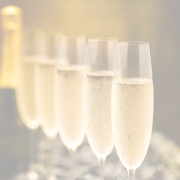