On my way to Hall 5, in the far corner of the Shanghai New Expo centre, I was comforted to know I was probably in for a more interesting afternoon than visitors to The China International Fertilizer show which was being held in the hall next door.

The event in Hall 5 marked the first time in China for Vinisud, the annual trade fair for Mediterranean Wines. In our Whitepaper last year, Wine Intelligence predicted the emergence of a “China wine market 2.0” which would see trends such as a consumer demand beyond Bordeaux, the rise of new brand icons, more everyday sweet wines and emerging tastes for sparkling. This show looked set to address these new opportunities.

Among the French exhibitors, the arresting imagery of IGP Pays D’Oc immediately caught the eye: slick black and gold stand offset with sepia posters of a lounging lady, wine glass on hip drawing the eye to the distant vineyards. The Provence stand played up the “Girl Power” imagery, which we talked about in our recently published trends report, perhaps to target the growing number of female Chinese wine drinkers, with a wall of big cerise lips and soft curves from the font logo to tasting table.

15 representatives from the Rhône Valley tasting

Beyond France, the Wines from Spain stand was buzzing, with a constant flow of meetings. Smaller Italian producers represented Prosecco, but Sicily dominated their country’s representation with their own separate stand. Blink and you’d miss the presence of Tunisia and Lebanon, but Greece maintained an impressively sized stand well positioned next to the VIP and Masterclass area.

I wanted to catch up with Nicole Rolet (co-founder Chêne Blue and host of the Grenache Symposium) at the Grenache tasting, but timings were not quite on my side. However, if it was anything like the Rhône Vignobles tasting which I did attend, I would have been lucky to squeeze in anyway.

At the Rhône Vignobles tasting, a mix of young Chinese journalists and buyers filled the room as 15 representatives from the North and South of the Rhône Valley presented their fare. Highlights included Francois Villard’s “Reflet 2010” St Joseph, designed to reflect the big character of the winemaker; and the Grenache-dominated Domaine de la Janasse Châteauneuf-du-Pape “Tradition 2010”. We were treated to charming tales of the vineyards from each winemaker, but I couldn’t help thinking how those in the audience may have appreciated hearing more about the actual wines. In an emerging wine market where wines – especially fuller reds – are so different to local tastes, people are still very eager to learn about wine in order to really appreciate what they’re drinking.

Who Will Buy “Masstige” Wines in China? 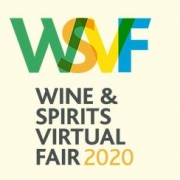 The summer of alternatives?