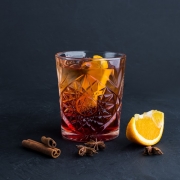 Pierpaolo Penco, Country Manager for Italy, reflects on the revival of the vermouth category

The revival of the gin category is a remarkable story, which few could have predicted a decade ago. Part of its new lease of life comes from a broader return to fashion of cocktails, and of complex flavours generally. In fact, the gin trend may just be part of a broader picture of changing underlying tastes, and the need for more interesting and complex flavours in our drinks – something mixologists have been fostering for some time. The question is this: if we are seeking more interesting flavours, and drinking blended products, how long before the wheel of fashion turns again for the botanical-infused fashion statement category of old, vermouth?

Bartenders have long used wine-based beverages to make drinks that have lasted the course of time. They’re so well known that these drinks have also played an important part in both books and movies (we all know James Bond’s drink of choice, and how he likes it: “Vodka Martini. Shaken, not stirred”). The art of mixology is very much centre stage these days. Its intellectual heart is divided between the legendary bars in the great cities of Europe, America and Asia, but I would argue (as you would expect me to) that its soul and ancestry is mainly Italian, with a bit of French influence thrown in.

The history of vermouth is a parable of mixology’s genesis. Vermouth is a fortified wine composed of 75% wine and 25% flavoured-infused alcohol, and was created in Turin by Benedetto Carpano in 1786 as a digestif. Stemmed from the German word ‘wermut’, meaning artemisia, the main ingredient along with gentian and absinth, this beverage is made with cinnamon, cardamom, china, coriander, rhubarb, vanilla and many other botanicals. To make it, the mix of herbs and spices are left to macerate for a month, after which the extract is mixed with alcohol and combined with wine for an extra six months.

This ‘Prince of the Italian Aperitif’, as it is called, is currently experiencing a return to glory, at least in its home market of Italy, and exports are growing after some very quiet years. In fact, in 2017, 145 million litres of the beverage were produced, with 138 million for domestic consumption, worth around €203 million.

In line with this significant production, a protected designation was granted for vermouth produced in Turin in 2017 by the Italian Ministry of Agriculture, Food and Foresty, signifying the rising importance and popularity of this drink. This specific type of vermouth has quality criteria, of course: the wine must be entirely Italian while the ‘Vermouth of Torino Superiore’ must be wine from the Piedmont region. In addition, the artemisia used to make the drink must only be from Piedmont and in a percentage that gives the Vermouth of Turin a bitter taste.

Just like with gin, vermouth is not only a versatile drink, but it can also be used in many cocktails such as the Negroni, Manhattan and Martini, and the two drinks have undergone a similar premiumisation trend. Many entrepreneurs, as well as small specialised labels and small wine producers, have been recently making ‘agricultural or artisanal’ vermouth (as well as gin) that is able to compete at a premium positioning alongside the generic Martini or Cinzano brands.

In a trend that is similar to the pioneers of craft beer a few years ago, this sort of ‘artisanal vermouth fever’ has extended from bartenders experimenting with new kinds of drinks using vermouth to new products being developed. For example, Vermouth bars are starting to pop up throughout the world, and many wineries are expanding their repertoire to include high-end vermouth that is presented with craftsmanship and experience. One example is the Sauvignon Blanc-based Vermouth, Leonce, which is made with the goal of attracting the traditional wine consumer who is looking for an alternative to their normal wine habits.

According to Mauro Picchi, one of the leading bartenders in Tuscany and organizer of a national mixology event, “this Vermouth Renaissance has not reached the point of exhaustion that often characterises other cocktails such as gins and craft beers that have been overpowered by botanicals or extreme hops, ultimately affecting the taste”. Vermouth, on the other hand, “is becoming more and more powerful, alongside mainstream brands such as Martini, by offering a series of drinks that taste similar to their original source of local vines and herbs used to infuse flavour”. Santòn, for example, is a Vermouth made by a premium small winery in Friuli Venezia Giulia, where the mix of local herbs, such as the ‘santònego’ (a kind of absinth that grows in the lagoon of Grado), gives a salty note to the infusion, while the wine comes from organic Malvasia Istriana grapes, the most tipical varietal in the northern Adriatic Sea.

For the moment the new growth in vermouth consumption in Italy is not denting wine sales. According to Picchi, “wines and cocktails are two totally different worlds: they can go hand in hand (especially when it comes to vermouth) but they are often distant. Those who drink mixed aperitifs don’t see wine as an alternative if not for some marginal occasions, but this does not shift sales”.

Vermouth, therefore, might just be the thing innovative wine producers need to look into. 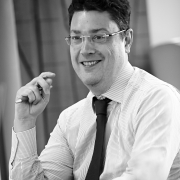