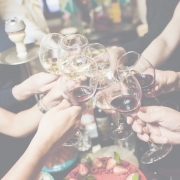 Economists and businesses around the world expect consumer comfort levels to rise if and when a vaccine is available, and are hoping this will feed into a boost in everyday spending behaviour long before people receive their first dose

Last week the world breathed a collective sigh of relief that a successful vaccine for Covid-19 was on the horizon – and possibly available before the end of 2020. The speed of its rollout and, of course, its actual effectiveness over time, will be of great concern to governments and epidemiologists alike. The impending vaccines will also be carefully noted by behaviour researchers – mainly because the news of the vaccines may have more of an impact on consumer feelings and actions long before they receive their first dose.

How consumers feel about life is an issue that has long pre-occupied economists ever since John Maynard Keynes observed the importance of ‘animal spirits’ in the fortunes of an economy. Keynes pioneered the idea that how optimistic and ambitious we feel is an influential economic indicator. Seeing a rosier future is essential to some economic decisions that don’t necessarily stack up in terms of immediate gratification. It takes optimism to take the plunge and buy your first house, or quit your job to go and work at a startup – or even treat yourself to a slightly nicer bottle of something for the weekend that you haven’t tried before.

If an economy is made up of millions of daily purchase / non-purchase decisions, it’s easy to see why economists are interested in these collective mood swings. It was also the thinking behind the inclusion of a series of attitudinal questions in the new IWSR Covid-19 Consumer Tracker report, which examines the impact of the pandemic on usage and attitudes to alcoholic beverages in 10 key consumption markets.

The first round of research, conducted in August, revealed that there was a clear divide between those consumers who, while not exactly ecstatic about the pandemic, were ‘comfortable’ with the changed lifestyle and public health issues that the Covid era had yielded, versus those for whom everyday activities such as shopping, seeing friends and going to work made them ‘uncomfortable’.

Typically, the Uncomfortables outnumbered the Comfortables by up to two to one in the markets we studied. The two exceptions to this were China, where Comfortables accounted for nearly 6 in 10 consumers – and where, by August, life had reverted to becoming more normal; and France, where the strong tradition of eating out, seeing friends and shopping locally on foot tipped the result towards a society that was still net ‘comfortable’ despite lockdown and associated restrictions.

In many markets, there was a link between these comfort levels and alcohol purchase and consumption behaviour. Those who were ‘comfortable’ were carrying on with their lives as much as possible in the same vein as before the pandemic, and in many cases trading up in terms of the kind of alcohol they purchased to consume at home. Importantly, they were also much more optimistic about the future, and expansive in their everyday behaviours and intentions for the immediate future – supporting Keynes’s ‘animal spirits’ hypothesis.

In December, when the second round of data collection starts, we will be paying very close attention to the effect the recent news of a viable vaccine will have on actual and intended behaviour in alcoholic beverages.

There are strong grounds for optimism. In the first round of data collection, we asked the question: “if a working vaccine was available, how would your comfort levels about everyday activities change?” Not surprisingly around 75% of respondents across the 10 core markets of the IWSR Covid-19 Consumer Tracker report said that this would have a positive effect on their comfort levels.

Again, we saw some variations within the data. The presence of a vaccine would improve the mood of over 90% of alcohol drinkers in Brazil, and 80% of Chinese drinkers, but only 53% of Russian and 60% of French alcohol drinkers. There was also some slight demographic variances – young people, less affected by the virus generally, are less moved by the presence of a vaccine compared with older people.

What effect will the more imminent prospect of the vaccines have on planned behaviour – and those ‘animal spirits’? Across almost all markets, the areas where consumers felt most uncomfortable were participating in events or situations where they were in a crowd, or in a confined space such as on an aircraft or public transport. For consumers of alcohol, being in a crowd (say, at a popular bar or restaurant) or using public transport (going to and from that establishment) are part of our ‘drinking lives’ – driving the opportunity to try new and often pricier drinks and therefore sustaining added value in the alcohol category. We’ll know more when the next edition of the IWSR Covid-19 Consumer Tracker is due out in February 2021.

Counting the cost of Covid-19 in South Africa

Consumers report drinking more alcohol in US, China and UK in August / September...
Scroll to top