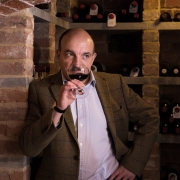 There is surely not a single person who has a professional involvement in wine who has not been positively influenced in some way by the wonderful, generous and inspirational Gerard Basset.

Not only was he the most decorated wine professional ever, which we cannot help but admire and wonder at, but more than that, he was a man whose spirit of generosity and kindness was second to none. To put it simply, you couldn’t meet a ‘better bloke’ as the English expression goes – I’m pretty sure he’d be ok with being described like that, and no doubt would laugh at the use of such an English expression for a man who remained so positively French within his English life.

I first met Gerard in 2006, when I was teaching on the Bordeaux wine MBA and he was my ‘student’ which was somewhat odd. How could a man of his experience, skill and reputation be my student? Yet, with the usual dedication and humility with which Gerard tackled everything in his life, he listened, learnt and built his knowledge. I then had the pleasure of supervising his MBA thesis which he passed with flying colours in 2007. During the course of his thesis, he focused on learning the intricacies of research methods, which was all new to him. He wasn’t satisfied with doing an OK job; instead, he wanted to do the best possible job and that was Gerard, a man for whom second best was not an option.

Gerard was also, as we know, a man who embraced a challenge and had an appetite for learning and pushing himself that was extraordinary. When he was preparing for the World Sommelier Championships in Chile in 2010, he surrounded himself with a ‘team’ of specialists so that he could practice and prepare for many months preceding the event – not unlike an athlete prepares for a world championship with coaches surrounding them. I was brought onboard to throw scenarios at him for the practical session. With his usual dedication, but also grace and humour, we spent many a happy hour together challenging his knowledge. It is without surprise that Gerard went on to win. Amongst the technical and practical elements of the judging criteria for this competition is one called ‘hospitality’. The criteria stated that ‘Welcoming and agreeable, a sommelier aims to delight. He/she is an expert, cultured, unobtrusive, humorous and sociable’. There are no better words than these to describe Gerard.

I found myself back in a mentoring role for Gerard in 2016, when he was undertaking his OIV MSc. This time, he took on the complex task of developing a definition for ‘iconic wine’ based on extensive primary and secondary research. Yet again, he passed with flying colours.

I was lucky enough to become Gerard’s friend from then onwards, sharing so many wine industry events with him over the years around the world, with him even agreeing to become an Associate Director of Wine Intelligence. It’s easy to remember him with tributes to his amazing accolades, achievements and awards, which quite rightly deserve respect and admiration. But I’ll remember him primarily as my friend, who had a wonderful sense of humour and a cheeky sparkle in his eyes – we shared many fun times together, some of which may have involved a glass or two too many, but always of the good stuff and for professional reasons of course!

Most of all, however, I’ll remember Gerard as a devoted and very proud husband to Nina and father to an incredible young man, Romané.

Mixed blessings from US Millennials