The story of the US wine market for the last 20 years has been one of more or less continually increasing sales. It’s been an unstoppable engine of growth that provided producers all over the world with reasons to be cheerful even as other mature markets went into reverse.

But now as the Wine Intelligence US Landscapes 2020 report shows, the US wine market, too, looks to be battling some pretty strong headwinds.

In a survey conducted among a nationally representative population of 2,000 American regular wine drinkers, just under 4 in 10 (39%) said they had reduced their wine consumption over the last 12 months. While the majority of this group indicate that they are simply cutting back on alcohol, a third of those saying they are drinking less wine are doing so because they are switching to other alcoholic beverage categories.

So when these buy-curious consumers leave wine behind, what are they switching into? Within this latter group, which accounts for around 9 million regular wine consumers (or 12% of the regular wine drinking population), the most popular beverages they were switching to are beer and hard seltzers. The report finds that over half (55%) of this group are switching at least some of their purchasing to hard seltzer from wine in the last year.

The hard seltzer category is still small compared to wine, which in the US is estimated to be a USD 70 billion market at retail value, according to Wines & Vines Analytics. The US wine market has grown consistently for the past 30 years, and has more than doubled in size since the turn of the century. However, recently published market data is now suggesting that this long period of growth may be coming to an end, with IWSR announcing two weeks ago that its estimate of US wine volumes in 2019 was showing a year-on-year decline of 0.9% – the first fall in 25 years.

So what is the attraction? There seem to be three key drivers:

No wonder that wine – higher alcohol, higher calorie, big heavy bottle – might feel threatened. For certain situations, and a certain consumer, it must look like a rotary phone or Bakelite landline against an iPhone 11.

In an ominous development for the wine category, the most likely regular wine drinkers to try hard seltzers are under the age of 35. According to findings uncovered in the report, 49% of hard seltzer drinkers who also drink wine monthly are under this benchmark, while 73% are 45 or younger.

This is a switch, then, that seems to be based not so much on the wholesale rejection of one product, but on the addition of another by a drink-curious, health-conscious consumer. They aren’t removing wine from their repertoire all together, they’re adding hard seltzers for certain occasions.

Perhaps not, but the explosive growth of the hard seltzer category has certainly sent warning signals out to the wine sector. The key questions now are twofold: firstly whether other global markets will also start to mimic the success of hard seltzer in the US, and secondly to what extent  – and how – the wine category can compete for the same health-conscious, moderation led consumer.

And as with all things that grow at pace comes the unexpected. A 23 year-old male drinker interviewed by Wine Intelligence in upstate New York told us ‘White Claw is always the first drink that goes at our parties now. It’s chosen before beer as it tastes nice, is refreshing, low-calorie, but just as importantly, it doesn’t smell and get sticky like beer if it gets spilt!’ 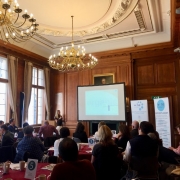 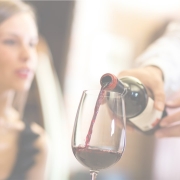