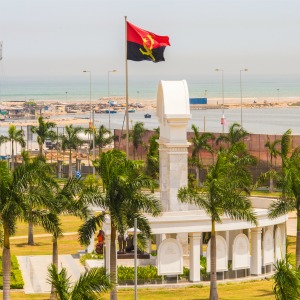 In Angola, wine is far more of a mainstream beverage than one might expect

Last week I was lucky enough to have the opportunity to visit Angola as part of a client project. In my four days there, I interviewed several professionals in the wine trade, talked to ordinary Angolans and some Portuguese expats, and did many store visits both on- and off-trade. I also visited the Luandan suburbs in order to understand wine consumption there too.

This ex-Portuguese colony has been through an immense transformation since the early 2000’s, when it went from being just another African country to becoming a regional superpower. Political stability and the exploit of valuable natural resources (mostly oil) led to impressive economic growth and some extremely promising years. So it was in 2008, the best year, when Angolan GDP expanded by 23.2%.

Before landing I knew that Portuguese wine had the highest market share. What I didn’t know was that Portuguese wine absolutely dominates, at least for the moment. Cultural affinity, a large Portuguese expat community and a focus on Angola by the Portuguese producers over the last decade explains an impressive market share of probably more than 90%. And apparently, 10 years ago this value was “only” about 50%. Supermarket shelves and wine lists are typically organized by Portuguese region and when I asked my driver if he drinks wine, he told me that he likes wines from Alentejo region a lot and even named some of its preferred brands.

I had also assumed that wine in this country would be consumed almost exclusively by the privileged few; expats, plus the local elite. However at the same time I knew that volume-wise this was a relatively big market. What I didn’t know was that wine is actually the most important alcoholic beverage in Angola. Very similar to Portugal, wine seems to be more relevant than beer and, in fact, wine sections in supermarkets are big, wine lists in restaurants are long and every street has a small shop selling wine. So as it turns out, wine consumption in Angola is not class driven – wine seems to be for everyone.

What is EU wine?
Scroll to top