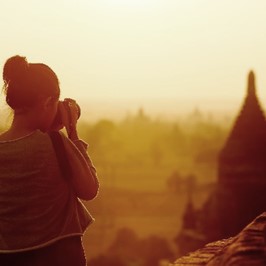 The world’s wine markets represent a broad spectrum of behaviours, opportunities and challenges

I am traveling to Vietnam shortly for the first time, and am fascinated to experience first-hand the coastline, mountains and national parks, dynamic cities, and arguably one of the world’s best cuisines.

Working in the wine industry and being a curious researcher by heart, every trip I make is also an ethnography exercise to better understand the wine industry and consumers in a particular market. But for wine businesses only observing is not enough and investment decisions need to be supported with data, especially if you need to present them to a skeptical boardroom.

Last year I worked as part of our development team on a set of tools to help wine businesses trying to evaluate market opportunities around the world. We developed a market model which builds on economic and wine measures to assess the attractiveness of each individual market. In doing so we are trying to lay out a cohesive global picture allowing business leaders to compare and contrast the opportunities in the world’s most important wine markets. The results of this year’s work will be published in our new Compass Report 2015 later this week.

So what does the market model tell us about Vietnam?  With an adult population of 63 million, wine consumption is very low. IWSR reports that in 2013 1.2 million of 9 litre cases of still light wine, mostly to the tourist trade. This is not surprising for a country where beer is the preferred drink, dominated by local brands. Vietnamese also brew their own spirits and you’ll undoubtedly encounter ruou ran (snake wine). Nonetheless grape based wine is on the rise with 14.86% growth in the long term (CAGR 2009-2013). Also per capita consumption is raising at almost 12% year on year (CAGR 2009-2013), but from a very low base. It is currently at 0.17 litres per adult. As the economy continues to grow (GDP per capita was 1,911 USD in 2013, but growing at a fast rate: 11.58% CAGR 2009-2013), and the country is open to the imports from the West, also the wine industry is projected to grow. However Vietnam is still a market of only US$9m and a tiny drinking population concentrated in large cities. It is therefore listed on the Wine Intelligence wine market attractiveness list on the 43rd place.

If you want to know more about world wine markets, our Compass report will be published later this week, and my observations from the Vietnamese wine market will follow upon my return later in September.