The potential for wine in India is always a good subject for a lively debate. Often cited as an important emerging market for wine, India’s immense and evolving consumer population presents a number of opportunities – and just as many challenges.

At a macro level, India is widely recognised as a global economic powerhouse, with a demographic and educational profile which will further strengthen it in the 21st century. With 1.3 billion people, it is the second most populous country in the world and has the world’s largest youth population of over 800 million people under the age of 35, presenting an immense opportunity for growth across all consumer products. In 2014, After a 6.7% GDP growth in 2018, Morgan Stanley has forecasted an India GDP growth of 7.5% in 2019, ahead of China.

Alcohol sales are on the rise in modern India. Traditional beverages such as whisky, rum and beer continue to dominate alcohol consumption in the country, however, the increasing availability of locally produced and imported wine over the last decade has spawned significant consumer interest in wine, causing a shift in people’s drinking choices. Rapid urbanisation, changing lifestyles, rising disposable incomes and the world’s largest youth population has further contributed to wine’s popularity in India, particularly among the upper middle-class urban consumers. Between 2010 and 2017, the Indian wine industry recorded a double-digit compounded annual growth rate of over 14%, making it the fastest growing alcoholic beverage in India.

In India, 485 million people are of the legal drinking age of 25 years and above. Statistics vary on how many people drink wine, but our work so far suggests that wine drinkers are drawn largely from the 30 million upper income consumers, with a correspondingly very low national per capita consumption of wine – a bit like where China was 15 years ago.

The majority of India’s wine consumption takes place in urban centres. Most important among these is Mumbai, which accounts for 32% of the total wine consumption in India, followed by Delhi NCR and its tech suburb Gurugram at 25%; Bangalore at 20%; and upcoming Pune and Hyderabad at 5% and 3% respectively. Trade sources further confirm that these centres account for the vast majority of the country’s total wine consumption, and so our first Vinitrac India study will draw its sample from these 6 urban areas.

As one of the more important emerging wine markets, a thorough understanding of Indian consumer behaviour, attitudes and their relationship with wine is both timely and relevant. So far there has been excellent coverage of sales trends from data gathering organisations such as The IWSR and the United States Department of Agriculture GAIN Reports; and Indian trade associations like ASSOCHAM. All of these report sales data and trends based largely on information gathered from the wine trade. However, as the Indian wine industry gains momentum and wine is desired by a wider spectrum of Indian consumers, we think there is a need to improve our understanding of the final consumer.

Last year, Sonal Holland MW, India’s only Master of Wine and Wine Intelligence’s partner in Vinitrac India, pioneered the first comprehensive survey of Indian wine consumers as part of her MW thesis. The study surveyed 878 urban wine consumers across five major consumption centres of Delhi, Mumbai, Bangalore, Pune and Goa. This ground-breaking research report, titled ‘India Wine Insider’, revealed first-hand consumer outlook on the awareness, attitudes and of usage of wine; an initiative lauded and very well received by the wine industry in India. For 2018, a more comprehensive in-depth analysis of the Indian wine consumer is envisioned; one which closely examines the expanding consumer landscape, backed by statistical quantitative and in-depth qualitative research.

The idea is that by combining Wine Intelligence’s long-standing reputation of providing consumer insights to the global wine industry through its omnibus surveys, with Sonal Holland MW’s authoritative wealth of knowledge and expertise of the Indian market, will together create an India report that is a definitive picture of how wine works in this large, exciting and complex market.

Wine Intelligence is now accepting questions for our series of omnibus surveys that will be rolled out in 33 key wine markets, including India, that account for almost 80% of global wine purchases.

Please get in touch with Ben, Richard or Chuan to submit your question request or finalise a project to get included in this next wave. 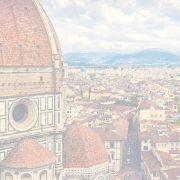 Markets at a Glance: Italy