With the economy picking up in the UK, are drinkers responding by changing their habits?

Much has been made in the news this year that the UK is enjoying something of an economic recovery, with the first growth in real wages for 7 years fuelling a sense of optimism in the country. In 2014, Britain’s GDP grew faster than any other of the so-called ‘major advanced economies’[1], and unemployment is at its lowest level since before the financial crisis[2].

In the new 2015 edition of our UK Landscapes report, we examine whether this wave of positive feeling has had an effect on Britain’s wine drinking market. Our results show that there certainly seems that there has been some sense of improvement in the market, with significant changes in the quality of the average drinker’s repertoire, and changing drinking habits at home and in the on trade. 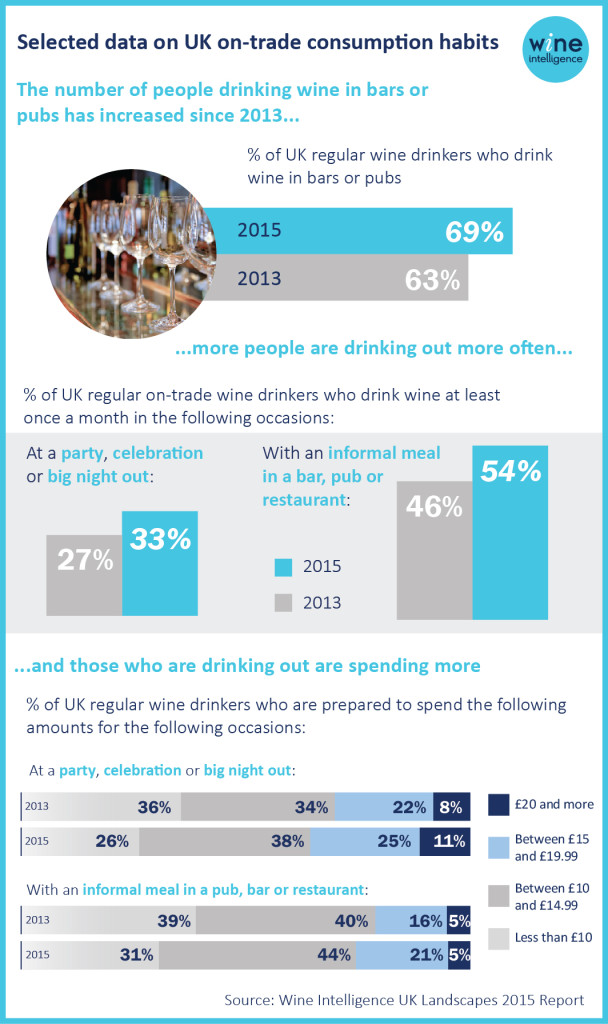 When it comes to going out for a glass of wine, it seems that British drinkers are indeed feeling the optimism, and this has resulted in a more proactive approach to drinking out; especially in more informal situations, as significantly higher numbers are now drinking wine at bars and pubs.

And not only are more people drinking wine at bars and pubs, but it seems that these people going out more often, and also spending more money when they do go out.

While the general feeling of positivity may indeed be a large factor in people being more willing to spend money on drinking, especially for more informal occasions, our report also brought about some other interesting findings. We found that the opportunities present in the ‘Millennial’ segment are continuing to grow in importance, as drinkers under the age of 35 now make up just over a quarter of UK regular wine drinkers. And though may be a stretch to infer that it is these young people who are most likely to enjoy a ‘party, celebration or big night out’ of the type referred to in our research, it’s becoming clear that this generation possesses a generally more adventurous and less formal approach to their drinking habits. Perhaps it is this exploratory attitude which is contributing to the increased on-premise activity?

Whatever the case, one might say that it is certainly an interesting time for the wine industry, particularly on the on-trade. A sense of optimism, combined with a sense of adventure, means that now is the time to capitalise upon the opportunities available for innovation and experimentation; initiatives such as wine on tap, and increased exposure for smaller brands and varietals are becoming more viable, and it is well worth brands to take note of this.

The apps have it 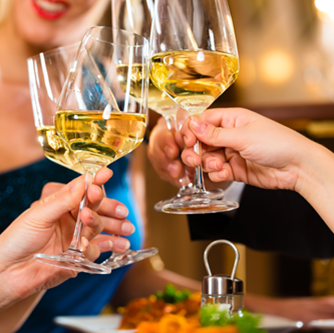 What is EU wine?