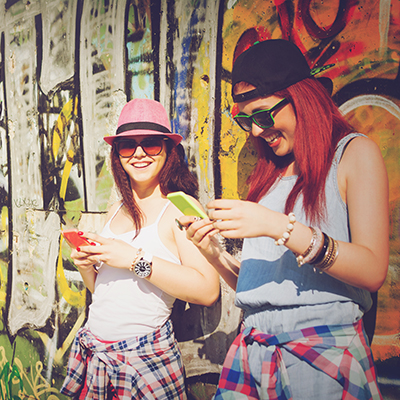 What will today’s teens be shopping for at the liquor store in 2025?

Researchers are often accused of telling you yesterday’s weather rather than forecasting tomorrow’s. In fairness, many of the tools they have at their disposal – sales data, consumer recalled consumption, and so on – are all backward looking. Only a few, such as planned purchase intentions, peer into the future.

However within the limitations of such data, it is possible to be a bit smarter about constructing a picture of the world around the corner. This is the challenge we set ourselves with our latest report, Future Wine Consumers in the US Market. Designed to be the first of a new series of reports we hope to publish about future trends in key markets, it is intended to help the reader understand some of the macro trends which will shape the US wine market ten years hence, and to assist the generation of hypotheses as to what these consumers will be demanding.

Part of the puzzle of the future rests with a generation of Americans who are not even drinking yet (at least not legally): the “post-Millennial” cohort born between 1995 and 2004, who will turn 21 within the next decade. There has been much contention over what name to give this generation (within the office, never mind in the world at large), so our rather literal compromise name for them is… Next-Gens. For the report we conducted extensive primary research with this group to reach a deeper understanding of what they are looking for out of life (and wine), and the results are fascinating in the way they outline the shape of their future consumption habits.

Our data suggests that the worldview and attitudes of many Next-Gens is being shaped by two dominant forces: the economic uncertainties of post-financial crisis America, and the expectation of accelerating consumer-oriented technological development. The net of these influences appears to be that Next Gens are significantly less adventurous and come-what-may than their older counterparts: 60% would rather have a cool product than a cool experience, compared to 44% of Millennials. They are more money-conscious and more quality-orientated than Millennials, and when it comes to technology, they are easily bored if snazzy innovation doesn’t arrive on a regular basis.

Fully integrated with social media, they seek advice amongst friends and other peers’ reviews as opposed to believing what they read on companies’ websites. They engage with brands as long as brands are responsible in a social and environmental way – but their natural instinct is to be sceptical of any corporate claims. Next-Gens are also extremely individualistic; they speak more often about starting their own business, and keener to own cars and homes (unlike Millennials, for whom car ownership is so last century). As far as wine is concerned, the industry will be relieved to know that the majority of Next-Gens say they would like to know more about it once they come of legal drinking age.

Of course Next-Gens won’t be the only thing affecting the US wine market. We also researched the future value and volume of all other generations, paying particular attention to the importance and role of the Hispanic population and future threats to wine consumption. We hope you find it useful. Find out more here. 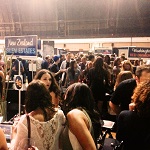 The great American Millennial moderation
Subscribe to our newsletter