Back in 2009 I came home for Christmas in Sydney and found a temp job in my local Vintage Cellars store. I was visiting from France, where, in my ‘proper’ job, I spent my days selling Provence rosé and a very Old World-centric wine list to an international clientele on board superyachts. Not having worked in the wine industry in Australia previously, I was completely underprepared for just how homogeneous the wine scene really was. The store I was temping in had a tiny imported wine section (save for New Zealand) hidden at the back of the store – and this was one of Sydney’s more affluent suburbs. Prosecco, Chablis and Cotes-du-Rhone were not visible, and not something customers were looking for.

Cut to 2016 and imported wines are given prime position at the entrance to the Vintage Cellars store closest to the Wine Intelligence office in the Sydney CBD. After a Sicilian Nero d’Avola to match to your sirloin this evening? No problem. You can add a fresh Albarino for your seafood starter. The broad range shows how niche varietals have really started to penetrate the Australian wine consciousness – not just in terms of what Aussie winemakers are planting but also what the regular wine drinker is drinking.

As our Australian Landscapes 2016 report highlights, Australia is not witnessing any seismic shifts in wine consumption, attitude and involvement, but rather more subtle developments, which are nonetheless worth paying attention to for those with an interest in this established wine market. A prime example of this is the increasing importance of imported wine in Australia. Whilst domestic wine still accounts for the lion share of all wine drunk in Australia, imported wine (both still and sparkling) is on the increase. It’s no surprise to learn, therefore, that country and region of origin are growing in importance as choice cues.

Yet whilst Australians may be more adventurous with what they’re drinking, they are still turning to tried and tested retail channels for purchase, especially the supermarket-owned liquor store and national wine discount stores.

Whilst our Landscape reports provide an invaluable snapshot of the Australian wine environment today, a key question is what might happen next. To address this the new Australia Landscapes 2016 report contains an insightful section on future consumer projections in the Australian market.

Today the most adventurous group of regular wine drinkers is the 25-34 year old age bracket. With the highest involvement in wine compared to other groups, these Millennials (which diverge slightly by behaviour into Older and Young) enjoy trying new and different styles of wine on a regular basis and are less likely to drink wines from Australia and New Zealand than their parents. Yet the youngest group of regular wine drinkers, those aged between 18-24 (the Next Gens), have a distinctly different profile, with a low involvement in the category and a high importance placed on price as a primary consideration in the purchasing process.

As the significance of these two younger generations increases over the next decade, the question is whether they, along with other generations, will maintain their current wine drinking habits, adopt those of the previous generation, or blend a bit of both? We model each scenario in line with projected population growth to demonstrate the change in both value and volume per capita of the Australian wine market, whatever the outcome may be.

Find out more in our Australia Landscapes 2016 Report, out now. 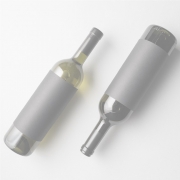 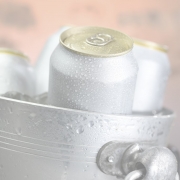 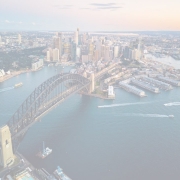 What will happen to Australia’s new Millennial wine drinkers in 2022?
Subscribe to our newsletter