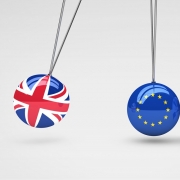 Perhaps it is now not Brexit itself that is the biggest danger to the wine category’s fortunes in the UK, but the economic consequences of a political system that has hit the self-destruct button

In the prolonged agony of the UK’s possibly reversible exit from the European Union, the only clear winners so far have been warehousing and logistics providers. Of late, though, there have been some more cheerful voices heard both in general business and within the UK wine industry. Perhaps there won’t be any Brexit after all? Perhaps the economy will keep on an even keel?

Their argument goes like this: now that the British voters actually understand what the consequences of leaving the EU might be, the only rational alternative is that the electorate be allowed another chance to express their ‘will’ – especially because main political parties seem to be struggling to offer any clear explanation as to why their course of action should be followed. Despite the protestations of pro-Brexit advocates, a second referendum, if held, would probably result in a majority to remain part of the European project, if the latest opinion polls are to be believed (important disclaimer: these polls were mostly wrong last time).

While a retreat from a no-deal Brexit should now be priced into most business planning scenarios, this does not mean that the UK is out of the woods yet.  Any optimism should be guarded, and not necessarily because the UK is balanced precariously between two divisive constituencies of Leavers and Remainers. If anything, it is the shift in a more prosaic and traditional ideology – the one of right and left, of free markets and socialism — that strategists should be paying more attention to.

Amid all the noise of Brexit, the UK economy has remained remarkably stable so far. The business climate generally remains quite benign, with relatively low corporation taxes and stable employment costs after the upheaval of new minimum wage and mandatory pensions legislation. Wages are rising ahead of inflation. Tax receipts are at an all time high, suggesting government is not about to launch tax raids on consumer incomes, put up VAT, or – pertinent to the alcohol category – introduce a painful hike in Excise duty.

This may be the calm before the storm – and even if / when Brexit happens, it could be a mere squall before the main event. Camouflaged in the current political debate is a fascinating and more profound shift in what political thinkers call the ‘Overton Window’; in other words, the spectrum of what’s considered to be legitimate policy options within a given topic. The UK now has, for the first time in generations, a major opposition party with an unashamedly Marxist agenda. The Labour Party is no longer advocating a social democratic, mildly progressive version of free market thinking (famously dubbed the ‘Third Way’ by its advocate-in-chief, Tony Blair, who was Labour’s longest-serving Prime Minister from 1997 to 2006). In its place, the current Labour leader, Jeremy Corbyn, and particularly the Shadow Chancellor (finance minister) John McDonnell, have espoused policies that would have been anathema even on the left of UK politics a generation ago.

The electorate appears to have had enough of the Conservative government because of its fixation with Brexit, which it should be remembered, is essentially an internal Conservative party fight, and its continuing cuts to public services and welfare along with increasing questioning of the soon-to-be-ousted Prime Minister, Theresa May. Any alternative will get a hearing at this point.

And what might the alternative be? Out would go the notion of relatively low personal and corporate taxation to keep the UK as an attractive place to do business; out, too, the idea of relatively low property taxes, with relatively little difference between the tax owed by the mansion compared with the studio apartment. In would come a hugely ambitious plan of industrial nationalisation and union empowerment, including a proposal for the forced expropriation of 10% of all shareholdings in larger companies ‘for the workers’. To pay for everything, the plan is to ‘tax the top 5% a bit more’. The reality, according to estimates from non-partisan analysts, is that the incremental £70-100 billion or so capital cost of doing only the basics of the McDonnell plan would require large-scale rises in income and property taxes for all but the lowest income workers, according to the widely respected Institute for Fiscal Studies.

This kind of major reduction in take-home earnings for a large proportion of Britain’s 28 million wine drinkers (who are a broad church, but tend to contain more higher-income earners, particularly among the more frequent drinkers) would result in a significant fall in spending on everything — from holidays abroad to trips to the local restaurant. It may not initially impact UK consumers’ tendency to buy wine from the supermarket – something will have to compensate for no trips to Tuscany, or even the local Italian restaurant – but the economic hardship promised by Labour’s agenda will seriously dent any product operating in a discretionary category.

It is all the more remarkable, and ironic, therefore, that the person most likely to derail this socialist locomotive is in fact the Labour leader himself. Somehow, Jeremy Corbyn, a lifelong agitator from the fringes of politics and famously a serial objector to his own party’s policies before becoming its leader in 2015, is contriving to miss the open goal: with the government in abject disarray,  he can’t seem to formulate a coherent policy towards Brexit. Is he in favour of it or not? Nearly three years on from the original referendum, he is still on the fence. As a result of this dithering, a large constituency of left-leaning Remain voters are now looking for new parties to vote for, most likely the moderate Liberal Democrats or Change UK, a new party formed of disaffected Conservative and Labour MPs.

Theoretically, an election in the UK is next due in 2022, but few in politics are banking on that outcome. When Prime Minister May goes, her replacement may feel compelled to call an election to win their own mandate. Assuming Brexit is still on the agenda (who would bet against it?), the UK’s voters will be faced with a radical socialist option, and potentially be motivated to choose it as a way out of what is becoming the worst political crisis in the UK’s post-war history. 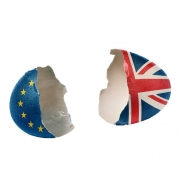 What is marketing for anyway?
Scroll to top