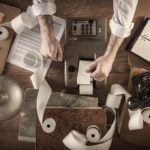 Proposed government legislation would make alcohol even more expensive in Ireland. Could this actually be good news for the wine category?

In Ireland, you’re never far from a good drink and a good philosophical debate, as any visitor to a Dublin pub can attest. The two pastimes have been even closer bedfellows of late, as the Irish government considers legislation to introduce a minimum price for alcohol in an effort to reduce the nation’s alcohol consumption.

From a public health standpoint, there is certainly a case for reform. Despite having one of the highest rates of alcohol tax in Europe, Ireland currently holds the dubious honour of having the second highest rate of binge drinking in the world.1 The government puts the cost of alcohol abuse at €3.7 billion annually – and estimates that it accounts for 3 unnecessary deaths a day. A recent analysis by Alcohol Action Ireland, a reformist lobbying group, suggested that per capita alcohol consumption in Ireland rose by 5% in 2016, while it is falling in most other developed European economies2.

Initially formulated in 2013, the Irish Public Health (Alcohol) Bill proposes a raft of new measures, including the introduction of health warnings on labels, the physical separation of the sale of alcohol from food products and, crucially, minimum unit pricing. The ultimate goal is to reduce per-capita alcohol consumption by 17% from the current 11.5 litres of pure alcohol equivalent a year to 9.1 for every person over the age of 15 (for comparison, the UK figure for 2014 was 9.4 litres, and falling)3.

Now, nearly four years later, and despite concerted lobbying by the drinks industry, the Bill is back on the parliamentary agenda.  Not surprisingly, the minimum unit pricing (MUP) element of the Bill has attracted particular scrutiny. It sets a floor price below which alcohol cannot be sold: €0.10 per gram of alcohol, roughly equivalent to one euro per 10ml “unit” of alcohol, or approximately 70% more than the equivalent proposal made in Scotland. The minimum price would therefore vary depending on strength and category of alcohol, but would ultimately be most keenly felt by the low price end of the market. Typical strength (13% ABV) wine would cost at least €9.50 a bottle and a 500ml can of 4.5% beer €1.95 or more. It is expected that higher prices would hit the heaviest drinkers hardest and thus have the highest impact on public health.4

Anti-MUP campaigners point out that such a tariff will disproportionately impact lower income consumers. Minimum pricing would also remove the competitive advantage enjoyed by some countries who export higher alcohol wines, typically from the New World. An entry level Australian Chardonnay (which normally comes in at 13.5% ABV) would end up being at a price disadvantage to a standard southern French equivalent Chardonnay at around 12.5%.

Then there are the other standard criticisms of minimum pricing, familiar to those who have followed the equivalent debate in the UK: the extra cash would simply line the pockets of supermarkets and multiple retailers whose margins would increase, while a tax at the same level, which would have a similar effect, would at least go to the government’s coffers. This was, in effect, the view of the European Court of Justice in December 2015 when it ruled that MUP could only be justified on health grounds if it were more proportionate and effective than taxation.5

It is a judgement which will be relevant to Ireland’s legislation when it completes its progress through the Irish parliament. However, it’s worth noting that the European Court may take a different view in Ireland’s case compared with Scotland. Taxation levels in Ireland are already very high, and seemingly not doing much to reduce consumption on their own.

While doing some trade interviews for Wine Intelligence’s upcoming Ireland Landscapes report, we expected to hear strong criticism of the Bill in general and MUP in line with the alcohol industry’s lobbying efforts. By contrast, many of our interviewees in the wine trade were actually quite positive about the impact of MUP. Some believe that the status of wine would benefit at the expense of spirits – already fairly expensive, and likely to become more so. There was also speculation that the price changes might elevate wine from an occasional ‘alternative’ alcoholic drink to a mainstay of their beverage repertoire among more drinkers. Importers could also seize the opportunity to bring in a more diverse range of better quality wines at around the €10 price point, encouraging the consumer to be more discerning in their choices.

Minimum pricing also holds out hope for the lower alcohol wine category, which has struggled to achieve meaningful gains in market share without a strong reason to buy beyond an appeal to consumers’ more health-conscious natures. Currently there is no tax benefit in Ireland accruing to a 11% ABV wine versus a 14.5% ABV one. Under the new system, the former would need to be priced at €8 or more, while the latter would attract a minimum price of nearly €11.

Should Irish MUP make it into law, and should the European Court of Justice allow it to be implemented, the market impact will be closely monitored in other European countries. This will include the UK, which of course is planning to leave the EU and may not be subject to European Court jurisdiction after 2019. It may mean more debating and less actual drinking for thrifty pub-goers in Dublin, but it may also bring about a more diverse wine category in Ireland.

Your brand is unique. Does anyone care?
Scroll to top