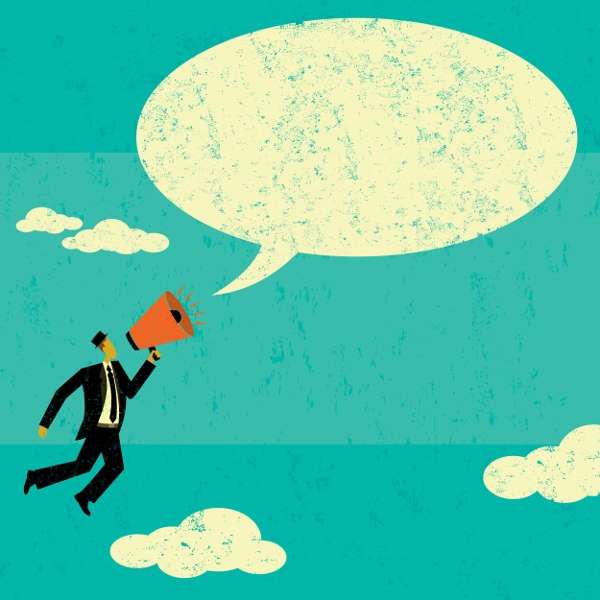 In 2016, people who are looking to improve their presentation skills aren’t short of options for resources. But despite all the content available offering tips, tricks and advice, years of learning the hard way at the very top are difficult to beat for insight.

At the Wine Intelligence Leading Thinkers Summit, held in March, guests were lucky enough to have West Wing Writers partner and former speechwriter for Bill Clinton, Jeff Shesol, draw upon his considerable experience in the world of political and corporate communication to share insights that you might not find in the typical guidebooks.

In the end, he told the audience, the best speeches get written by following four rules:

President Clinton naturally found himself very much in demand as a speaker during his time in office. And such demand, of course, is common to most leaders. Shesol says that it’s easy to make the mistake of accepting an invitation to speak first, and only asking questions later. Even the President—a very accomplished speaker—would sometimes fall in to this trap, frequently turning to his team on the way to an event and asking “Why am I doing this?”

Rather than starting with the acceptance and then figuring out what you’re going to say, Shesol says the key is to work backwards from the goal. “Every piece of communication – whether it’s written or oral – has a purpose, and you need to be the one who knows what it is, because it’s not always apparent.”

And whilst getting quoted in the newspaper or receiving a standing ovation are nice things, neither of them are the point of a speech. A speechwriter for President Kennedy once said that the purpose of political communication was to “move people to action or alliance”.

According to Shesol, this can be extended to corporate communication: “The purpose is to achieve something and move closer to a goal. Whether it is to vote for you, to invest in your company, or to buy your bottle of wine, you’re aiming to get someone to do or think something differently.”

President Clinton was known for his ability to ad-lib and make speeches his own. He was more than capable of just going off script and talking for 45 minutes off the cuff —so why the need for speechwriters, or even a speech?

Shesol says that organisation and structure would always be his first answer. “We wanted to build a clear argument that marched relentlessly towards is purpose; to move towards the end with a forward momentum so that the argument achieves a logic that is hard to resist.”

Whilst humour, great lines and inspirational prose help, structure drives the argument along.

Shesol cites Monroe’s Motivational Sequence as a tool to structure arguments that some of his colleagues swear by. Using the sequence, a speech should: first get attention; second, present your problem; third, present your solution; fourth, describe your vision of the future if your solution gets implemented; and finally, get a call to action, or ask a question of the audience. What do they have to do with it?

He adds: “There’s an inherent logic to this. It’s a path to persuading people that probably goes back to the Greeks, or even further back.”

So by paying attention to structure, a speaker is able to put the pieces in place to leave someone, at the end, feeling like their logic is irresistible.

Joe Biden, the current Vice President, has earned a reputation over the years for saying things that he perhaps wishes he could take back. Indeed, a West Wing Writers speechwriter described Biden as “the only person who I’ve written for where we would judge success not by what he said, but by what he didn’t say.”

Shesol says that to some extent we can all be guilty of saying too much. Showing discipline and restraint in communication is important, and this requires paying attention to what you leave out. After all, you are trying to persuade, not overwhelm.

“Rahm Emanuel, a White House advisor during the Clinton era and current Mayor of Chicago, was known for his iron message discipline.” he recalls.

“When I met with Rahm to talk about what the President would say, he would pound his fist on the table and say: ‘This speech is about one thing. One thing.’ And he would tell me what that thing was, and then leave—that was it.”

Emanuel wasn’t bothered about what the team of speechwriters had to say as long as it served that one thing. For Shesol, this single-minded focus is key if your audience is to walk away thinking or doing something differently, whether it’s an action, a purchase or a belief.

Monroe doesn’t tell you to tell a story in his Motivational Sequence, says Shesol, but that’s essentially what your argument is. Where we are, how we got here and where we’re going.

When the top brass in the beer industry began to get worried about competition in the sector – around 10 years ago – the then president of Anheuser-Busch, August Busch IV, hired Shesol to advise on the company’s communications.

Busch wanted to address the anxiety with his sales and marketing team, so he told a story from the company’s past.

He said: “Our company success has to do with our innovative spirit – our ability to adapt. From pasteurising our beer, to refrigerating rail cars so that our beers could reach the growing expanse of our customer base, to Prohibition, and the emergence in response of a multi-brand portfolio, change has always been a part of what this great company is about.”

Shesol explains: “In that short paragraph, he marches you through key points in the company’s history to show that there has always been an innovative spirit, and that they were capable of responding to challenges in creative ways.”

“By deploying smaller stories in such a way, you drive the larger story that you’re communicating.”