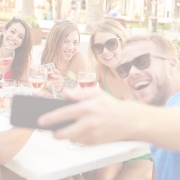 Depending on who you believe, millennial consumers in the UK are either great news for the wine category or an unfolding catastrophe. Who is right?

What are those millennials up to? The question rings round boardrooms and marketing departments with increasing urgency. Why? Because in many markets, UK included, the group of consumers born roughly between 1980 and the mid 1990s (definitions vary, but this is the broadly accepted one) are now reaching an age where their behaviours, and disposable incomes, are starting to have profound effects on the shape of certain product and service categories.

A brief walk round my local Marks & Spencer in Clapham Junction the other day (newly renovated and rebranded as M&S Foodhall) revealed, in place of the beige carpet and racks of middling clothing, a glamorous and enticing temple to food excitement. Other businesses, from pay-as-you-drive car insurance to cruises that offer technology lectures and DJ sets, are also responding to the changing currents.

Judging by the talk during the breaks at the recent WSTA Conference, the UK wine trade is oscillating between a mood of quiet optimism and barely-contained panic at the prospect of the younger generation of consumers becoming mainstream. What if they don’t like wine? What if they don’t drink alcohol at all? Or simply drink a bit less wine because it’s yoga twice a week and they now have a gin and tonic as their aperitif-through-dinner drink on a Thursday?

Fortunately, there are reasons to be cheerful about Millennials, according to those attending last Friday’s  Wine Intelligence Breakfast Briefing, Millennials and wine in the UK: should we be worried or excited? Millennials will not destroy the industry, but neither will they save it – at least not without some effort from the wine industry itself to bring its offer into the 21st Century.

Wine has traditionally been a drink of middle age and middle class, and today’s profile of wine drinkers would appear to bear this out: the average age of a UK monthly wine drinker is 50, and their average household income is around 25% above the national average.

Before we get too excited, the reason for this good news may lie more in the broader demographics of the UK. The average age of a monthly wine drinker has risen during the past decade, from 48 to 50, but this is largely to do with the growth of the 65+ cohort (now 27% of monthly wine drinkers, up from 21% in 2009) and a slight decline in participation rates among the 40-50s. These changes in the wine drinking population over 10 years appear to be a reflection of demographic peaks and troughs within the population as a whole between the Boomers (now mostly 60+, and living longer than ever before) and their children (now in late 20s / early 30s).

More importantly for the wine category, the longitudinal analysis suggests that 25-39s are more engaged with the wine category than the same age cohort was in 2009. They are much more likely to agree with statements such as “wine is important to my lifestyle” and “I like to take my time when choosing wine to buy”.

Younger people have always spent more than older people on wine, principally because of two factors: 1. Younger people tend to buy only when needed, and hardly ever stock up, so tend to be price-takers rather than deal-seekers; and 2. Younger people use price as a proxy for quality, in a category where they don’t tend to know as much as a fellow shopper who has 20-30 years more experience in the category.

Given this, it is no surprise that younger people of 2019 show a greater propensity to spend over £8 a bottle than older people. However what is more interesting is that our longitudinal analysis shows that the disparity in spending terms between young and old has grown wider in the past decade, with the more numerous over-65s forming quite a powerful low price shopping bloc within the market.

While younger people may not be abandoning wine, analysis of our data supports the thrust of a number of recent stories in the media, including one in the Times yesterday, that wine is having to work harder for its place in a more competitive and lively alcoholic beverage market. Our long-term tracking data suggests that beer, especially craft beer, cider and gin have experienced a surge in participation rates among monthly wine drinkers in the past decade, though changing data collection methods make a direct apples-to-apples comparison difficult.

However the data also suggests that this competition from other beverage categories is not confined to Millennials. 40-55s are also seeing surges in craft beer usage, gin usage and previously unfashionable categories such as rum are also seeing growth. 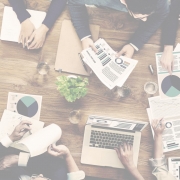 Marketing wine during and after COVID-19

Wine packaging and the rise of e-commerce
0 replies

Australia, cannabis and the wine industry
Scroll to top