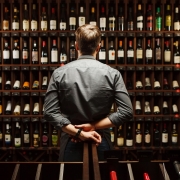 Denmark and Norway share a lot of cultural similarities, some of which translate into wine consumer behaviour

Denmark and Norway are two countries known to share many cultural similarities: emphasis on health, progressive government policies, an easy-going nature and open-minded attitudes. And among these similarities, the Danish and Norwegian wine markets also align. Neither country has the appropriate climate to produce significant amounts of domestic grapes, meaning each market is heavily dependent on wine imports. Recent findings from our Denmark Landscapes 2019 and Norway Landscapes 2019 reports show that the proportion of Danes and Norwegians who drink wine has remained stable in recent years.

Within these markets, regular wine drinkers in each country are changing in terms of their relationship with the category, with some of these changes being seen in both nations, and others pointing out stark and subtle differences between these two Nordic markets. Denmark continues to have a relatively high per capita consumption of wine, ranked 9th globally – higher than that of its Nordic neighbours Sweden (21st), Norway (36th) and Finland (41st). In contrast, Norway has experienced the highest decrease in per capita consumption of still wine between 2013 and 2017 out of the Nordic countries.

Although each country is experiencing a downward trend in per capita consumption, the overall frequency of wine consumption in each market remains relatively stable and high, especially for Norway, with 96% of Norwegian monthly wine drinkers drinking wine at least once per week compared with 66% in Denmark. This is primarily driven by wine consumers aged 55+, who are more likely to drink wine at least once a week compared to younger wine drinkers who appear to be more health-conscious and attracted to the craft beer and craft cocktail scene.

In terms of wines being consumed in these two Nordic countries, the major wine exporting nations of Italy, France, Chile and Spain are quite prominent in both Denmark and Norway. However, unlike Norwegian wine consumers, Danish regular wine drinkers are displaying a narrowing recalled wine origin repertoire – a shift that aligns with recent global trends. In terms of varietals, red wine is the most common beverage choice among these two countries, with each showing attraction towards niche red varietals in recent years such as Gamay or Grenache. However, it appears the Nordic taste is changing. With recent summers being particularly long and hot, Danish and Norwegian consumers are starting to gravitate towards lighter, refreshing styles of wine, particularly rosé, white wine and sparkling wines. Gastronomical influences are also greatly contributing to this shift as Nordic wine drinkers report that food and wine matching has become significantly more important as a driver of wine choice and it remains the top choice cue when deciding on a wine to purchase. Moreover, as countries are becoming increasingly concerned with health and well-being, lighter wines are providing the ability to moderate alcohol consumption while still enjoying wine.

Wine consumers from each country also appear to be taking a trading-up approach to the wine category, evidenced by a decrease in per capita consumption alongside an increase in both per bottle spend and a corresponding uplift in the value of the category. More specifically, as the price per bottle has steadily increased, along with the high tax on alcohol, Danes and Norwegians are increasingly willing to spend more in the off-trade on a bottle of wine for most drinking occasions than they have done over the past few years.

The biggest – and as yet unchanging – difference between the two markets remains the retail channel. As with all alcohol in Norway, wine sales remain controlled by the government-regulated monopoly, Vinmonopolet. In contrast, the majority of Danish regular wine drinkers continue to purchase wine from supermarkets. But Danish supermarkets also face competition as those buying wine online has significantly increased over the past five years. 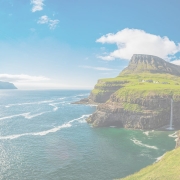 Portugal’s penchant for a premium “bargain”
Scroll to top