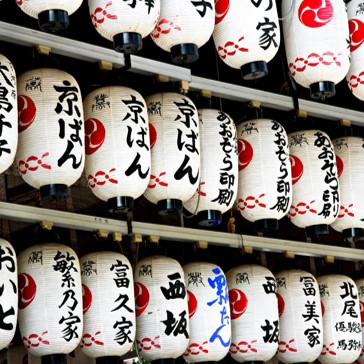 These are strange days in Japan. The gloom of two decades of economic stagnation appears to be clearing rapidly, thanks to some uncharacteristically bold government reforms. A country famous for its inward focus and cultural conservatism is starting, slowly, to become more cosmopolitan, open-minded and outward-facing.

Some commentators argue the culture change is caused by a generational shift: young people in Japan not blessed (or burdened) with a job for life, or a rigid career plan, are rewriting the rules of the society to suit a more “freelance” lifestyle. Others feel it is a consequence of pervasive social media and a dawning realisation in the national psyche that the country needs to move with the times to keep up with the increasingly dominant China next door.

Whatever the reason, the changes have the wine industry rubbing its hands. Let’s consider some of the top line data. Japanese consumers are drinking wine much more regularly than they were even as recently as two years ago: indeed, the proportion drinking wine most days or every day has almost doubled since 2012. There have also been marked increases in the proportion of regular wine drinkers who drink two to five times a week, and about once a month.

We’re also seeing a big rise in the number of Japanese consumers who enjoy seeking out unfamiliar wines, and this is coupled with a big increase in the proportion of consumers who feel confident in their choices, and who say wine is important to them in their lifestyle. More than a third of regular wine drinkers can now be described as “high involvement” consumers.

Those are some of the positives. What of the negatives? The economy is the most obvious factor to consider: it is not fixed yet, by a long way. Prime Minister Shinzo Abe’s “Third Arrow” of reform, to sweep away restrictive employment and immigration rules, may yet be derailed. Thanks to his first two arrows – government spending and negative interest rates –  Japan has achieved steady growth since late 2012. However so far wages have not kept pace with inflation, and wine remains an expensive purchase. This spring’s increase in sales tax from 5% to 8% is expected, inevitably, to dampen retail sales.

So there are challenges to overcome, but Japan is already a 35 million case market, the 16th largest in the world, and there are clear indications that it can go further. How much further will depend, in part, on how much resource exporters devote to understanding Japanese consumers – and nurturing what is already a healthy interest in their product.