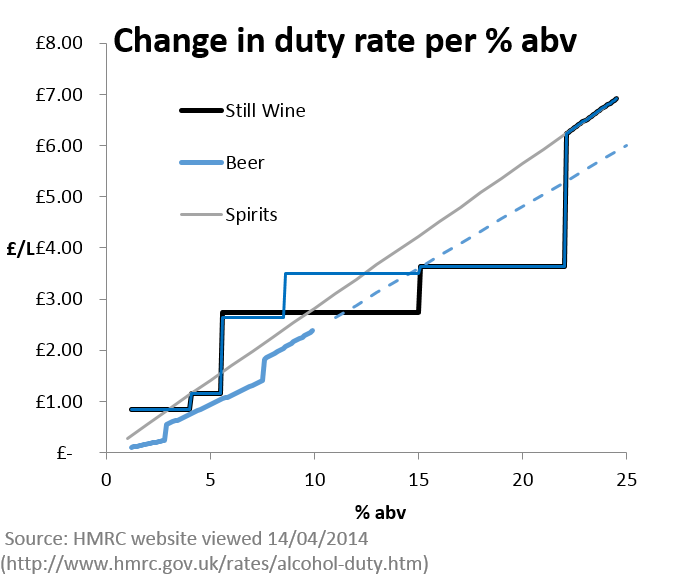 Anybody who has opened a newspaper or watched the news in the UK in the last year will undoubtedly encountered at least one story about the social ills caused by alcohol. Whether it be damage to health, drink driving or an increase in violence in city centres on Friday and Saturday nights, there is no denying that we work in an industry which must place a great deal of importance on social responsibility.

Increasing numbers of initiatives by both the industry and government are being implemented to reduce the harmful effects of alcohol on both health and society as a whole. These can be in the form of increased punitive measures (stricter drink driving laws), restrictive measures (licensing controls and price increases through tax) or through promoting products with reduced levels of alcohol.

Lower alcohol wines fall into the last category. The growth in the number of wine products with an ABV of lower than 10.5% has been quite dramatic in the past few years. In theory this category fits perfectly into a marketplace which has seen the government’s Department of Health pledge to remove 1 billion units of alcohol from the UK by December 2015 through its Public Health Responsibility Deal.

As innovative as the Public Health Responsibility Deal is, is enough being done to encourage the production and purchase of lower alcohol wines? From a tax and legislative point of view lower alcohol wines at the moment operate in a murky and uneven regulatory framework when compared to the other alcohol categories. Under UK legislation wines with an ABV up to 5.5% gain a benefit from reduce alcohol duties allowing them to be sold at a lower price, but according to EU law cannot actually be called “wine”.

As far as the UK tax authorities are concerned, therefore, any wine product between 5.5% and 15% attracts the same level of duty (unlike beer and spirits which have a proportional system as seen in the graph below). Therefore there is no incentive for producers to make an 8% wine than there is a regular 14% wine, apart from a tenuous brownie point for contributing to the Responsibility Deal. Equally, consumers have no financial incentive to purchase lower alcohol wines above 5.5%, and perhaps have even less interest in the Responsibility Deal.

Sales evidence suggests that the 5.5% category has peaked, and is now in decline, partly because of the difficulty associated with making a wine product with this very restricted ABV level that tastes acceptable. There is some anecdotal evidence that wines between 5.5 and 10.5% are growing in importance, but they remain very much at the fringes of the UK market – and will continue to be so until the tax regime changes to make the playing field a bit more level.

Where have all the shoppers gone?
Scroll to top