Germans are drinking more sparkling wine than ever before

The Germans love their bubbles. In 2012, they consumed an astonishing 46 million 9-litre cases of sparkling wine, a third more than the French and 5 times more than UK residents.1 And the trend continues to grow. With around three-quarters of German adults drinking sparkling wine2 there is a consumer base of around 50 million, each of whom drink roughly 8 litres per year.

Predictably, domestic wines dominate the category, with a market share of 75%, with Italian, Spanish and French sparkling some distance behind. New World sparkling currently doesn’t play a significant role. Latest Vinitrac®insights confirm this fact: German Sekt is the universal sparkling type, consumed by almost all sparkling wine drinkers followed by Prosecco and Pearl wine / Secco (semi-sparkling) while Cava comes in last place with 57%. It is important to remember that “Sekt” is the universal term used by most consumers for sparkling wine, rather than the literal translation “Schaumwein” and thus even cava giant Freixenet is advertised as “Sekt”. And it pays off with German sparkling drinkers choosing them as their 2nd preferred brand, after local favourite Rotkäppchen.

Who is the German sparkling drinker? Slightly skewed towards women (56%), German sparkling drinkers like to enjoy their “Sektchen” in social situations and for celebrations. It also tends to attract younger German drinkers with 24% under 35 years of age (only 16% of regular wine drinkers are under 35) which may well present an opportunity to get this segment involved in the category. However, like the whole German wine market in general, sparkling remains largely price driven. 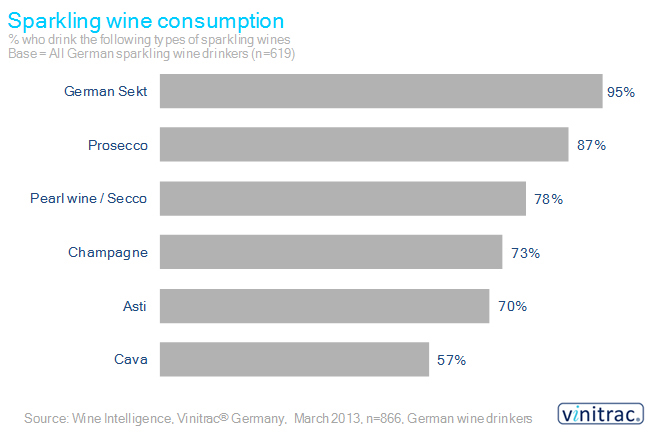 More information on this topic is available in the featured sparkling wine section in our latest Germany Landscapes Report.

Are we ready for screw-caps on sparkling wine? 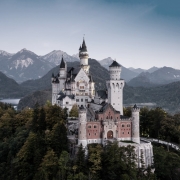 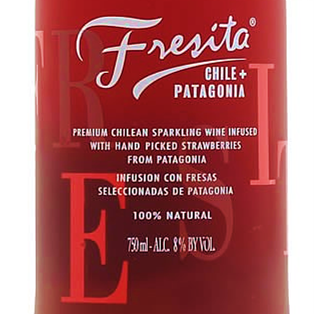 Putting The Fizz Back In
Subscribe to our newsletter

Back labels in China II: the taste of Wolfberry
Scroll to top