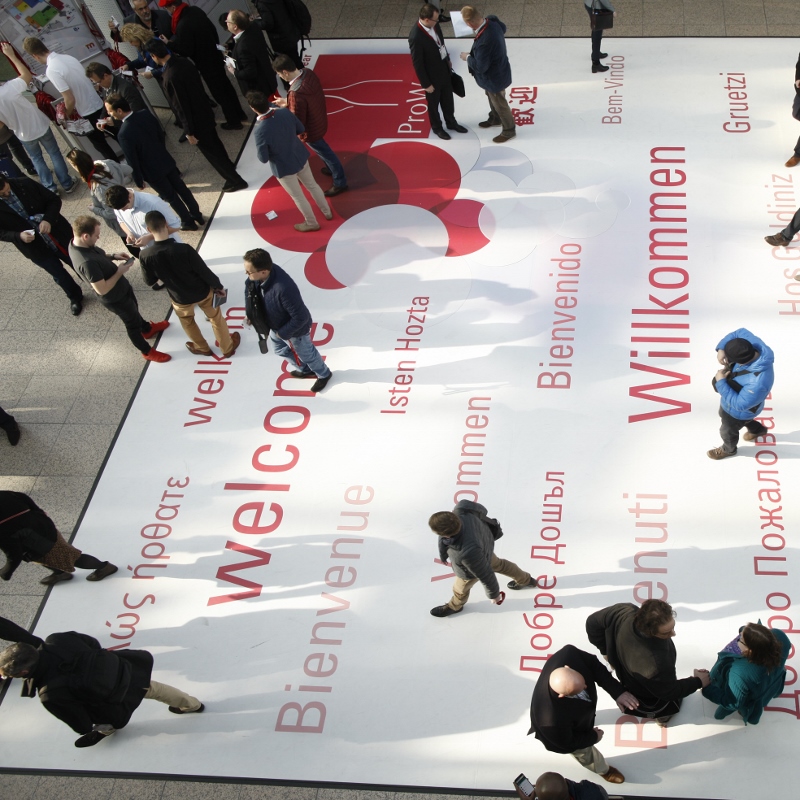 Amid the myriad of creative products on show at this year’s ProWein, here are a few interesting things we spotted

How big is ProWein? Yes, it can take about an hour just to walk from one end to the other, assuming some swerving to avoid slow-moving groups, stationary tasters and wine glass washing carts. No, it is not possible to stop at every stand over the course of 3 days – if you got to just 5% of the 6,200 exhibitors (that’s a mere 310, including the Wine Intelligence stand of course), you would be superhuman.

What about meeting people? If the wine trade seems a small world most of the time, the 55,0001 visitors to the show will serve to remind you that you don’t know everyone. . . .in fact your network accounts for perhaps less than 1% of the show’s attendees.

And then how does one even contemplate the number of different products available?  If each producer brought on average 25 individual wines, there would be of the order of 150,000 unique products vying for your attention.

Take a medium-sized producer like Portugal. It’s the 11th largest wine-producing country in the world2, and within Portugal, Tejo is the 6th largest region for production3.  At ProWein, this region alone had a stand with 15 different producers showing their wines – half an hour with each and the day is gone.

Amid this extraordinary variety, it becomes a particularly daunting task to deliver unique and interesting offers that naturally pull in the visitors. Some are overtly visual: the handbag-shaped bag-in-box wine formats from Mare Magnum; others more sensory: wine-scented room spray from Vallendar.

Several consistent conceptual themes emerged from this year’s show: the focus on the emotional connection wine can make with its audience, and a strong emphasis on health and wellbeing through the widespread innovations in organic wine and lower alcohol categories. Exhibitors showing organic wines have multiplied rapidly in 10 years: from just 17 in 2005 to 600 – nearly 10% of all exhibitors – in 2016.

Some of the emotional connections were fairly literal, but effective. For instance, the ‘France Made with Love’ displayed in English on the Le Pavillon France stand; and the gloriously colourful and chaotic Wines of Brazil stand, which tried hard to bring a touch of carnival to their small corner of Dusseldorf (the caipirinhas at the end of the day helped, too).

Should we see this year’s ProWein as an illustration of the state of the global wine industry in 2016? Given its size and importance, it seems a fair analysis. On this basis, we would see a category which has traditionally occupied a comfort zone and pushed only incremental change starting to embrace disruption, innovation and new ways of thinking about wine. It remains remarkably diverse, and difficult to navigate. It also takes in a far broader array of both producer and consumer cultures.

Further highlights of great examples of products which stood out for us can be seen in this PDF.

Nowhere to hide
Scroll to top