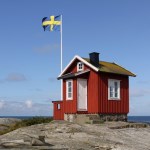 Although Sweden has a healthy wine market – consuming 20 million cases of wine a year (12 million fewer cases than China) – the sales of alcohol remain highly restricted (Swedes cannot buy alcohol on Saturday afternoons or Sundays) and regulated by the government controlled Systembolaget. Additionally, high alcohol taxation and no BOGOF promotions make wine purchasing expensive for the Swedish consumer. The government does this in an effort to curb alcoholism and promote a healthier approach to alcohol consumption. In the new 2015 Sweden Landscapes report, 93% of regular Swedish wine drinkers claim to have purchased wine from Systembolaget in the past 6 months; therefore, it is undoubtedly the case that they will have a major influence on Swedish wine consumer trends.

As highlighted by a Wine Intelligence team member in an article on Sweden, Systembolaget has been keen to nudge organic wines towards consumers by strategically placing them at the front of the store. Consumers have taken notice. Ecologica, an organic wine brand from Argentina, is at the top of the list for brand conversion (buyers as a proportion of awares), brand affinity (those who like the brand as a proportion of awares) and brand recommendation in the 2015 Swedish Landscapes report. What is more, Ecologica seems to be a favourite amongst many Swedish regular wine drinkers between the ages of 18 and 45, with the brand appearing amongst the top 5 purchased brands in the past 3 months. As most Swedish regular wine drinkers choose their wine on recommendation from a friend or family, we are likely to see the sales of organic wine brands like Ecologica grow. Though some Swedes are seeking other channels through which to purchase their wine, as seen by the increase of sales from Duty Free and through mail order, it is likely that Systembolaget will continue to dominate and shape wine consumer trends.

2015 also finds Swedes in a more celebratory mood than in the past. They are spending more and consuming more sparkling wines, according the new 2015 Swedish Landscape Report. The consumption of sparkling wines like Cava and Prosecco has risen significantly since 2011, particularly Prosecco with 17% more regular Swedish drinkers claiming to have drunk the Italian sparkling wine than in 2011.  Moreover, Swedes are starting to spend more on both the off-and on-trade particularly on wine for an informal meal at home. In addition, Swedes are trading up on the on-trade with more Swedes claiming to spend above 125 kroner across various occasions such as with an informal meal in a restaurant or on a night out.

Learn more about the key findings from our Swedish Landscapes Report 2015 which will be released on Thursday 10th September.