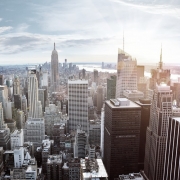 Millennials tend to get a fairly rough treatment in the media. In part it is because, like many rising generations before them, they have a different outlook and behaviour to their predecessors, which tends to upset their parents’ generation. Such inter-generational friction should not come as a surprise to marketers and product developers, nor should it be treated – as it often seems to be – as some sort of cultural crisis.

So it turns out that Millennials – those born between 1985 and 1999, by most definitions – are now increasingly in the driving seat in many consumer goods categories, as they enter their most economically active years. While some of the behaviours ascribed to this group are often not supported by the evidence, there is a growing body of evidence that they are having a profound impact on the alcohol category, and wine is seeing both the positive and negative effects of their influence.

The main finding of our US Landscapes 2019 report, published last week, was that the US wine market may be seeing the end of a 30 year period of sustained growth in volumes. While value growth is continuing, albeit at just above inflation, the main drivers of change are a slight decline in the population of monthly wine drinkers, and a significant decline in the category participation rates and consumption frequency of one group in particular: yes, the Millennials.

Wine drinkers in the US aged under 35 have experienced the most significant decrease in wine consumption frequency since 2015, while frequency among older drinkers (aged 55+) has remained stable. At the same time – and no doubt in some way related – Millennials have also experienced a significant drop in confidence and knowledge about the wine category. Their repertoire of countries, regions and varietals consumed also shrank, compared with the same cohort in 2015, except for wines from California, which made some gains in terms of usage incidence.

However on closer examination, this picture doesn’t quite tell the whole story. Despite the declining participation rates, US Millennials remain a very attractive target segment. They remain the most open-minded consumers, the most frequent consumers of wine in on-premise, and the highest spenders per bottle (in part because they buy so much of their wine in on-premise settings). As well as being more likely to seek out the new, they are also most likely to be early adopters of newer wine categories such as organic and lower-alcohol, and of innovations in packaging such as wine in a can.

Shrinking consumption frequency, and shrinking (imported) country repertoires will remain a challenge for some, but they are also an opportunity, particularly for domestic producers in the US. The fall in knowledge levels is being counterbalanced by a greater reliance on visual cues such as attractive labels and third party endorsements such as points and medals. To put it another way, the game is changing in the world’s largest wine market, because the next generation of consumers are asserting their own needs, and any producer looking to grow their business in the US needs to respond accordingly.