Consumer behaviour is fraught with misplaced assumptions and paradoxes designed to catch out unwary brand managers. But there are some powerful learnings for those willing to embrace the topic in all its contradictory glory

The more we understand wine markets, the more unequal they seem. While the bell-curve may reflect human height or skin colour, it is not a good model for consumer behaviour. Instead, there are a lot of people who do things a little, and a relatively small minority who do things a lot. As Einstein once said: “We are all very ignorant. What happens is that we don’t all ignore the same things”.

What this means is that consumer behaviour and shopping habits are far from ‘normal’ in a statistical sense. A few examples:

I once went to a conference where a representative of a very famous Italian coffee producer complained that survey results always seem flat and he rather preferred to focus on understanding the habits of just 20 Instagram potential coffee lovers (heavy buyers). You may think that his very narrow research was more ‘colourful’ (as it happens, it was not), but he had chosen to ignore the inconvenient truth that surveys just represent how markets are, and the majority of his consumers are light buyers who don’t really care about coffee brands as much as he does.

Having said that, minorities can occasionally have a major effect. For instance, only minority of people need be allergic to nuts to have a warning message in all packets, even in peanut bags; you only need a small minority of vegans to have large restaurants rethink their offer (just to minimise barriers to purchase); and one difficult brother-in-law can make a whole Christmas dinner feel awkward.

Within the wine category, minority effects are also apparent. One supermarket buying policy can change the habits of millions of consumers when they demand more screw-caps. The retailer Systembolaget can plan and achieve a four-fold increase in sales of organic wine by displaying organic wines more prominently and inserting a stipulation for organic wines in more of their tenders.  In the production area, a “star” wine producer can raise the reputation of a whole region – which often attracts other new wineries to open nearby to benefit from the halo effect.

Minorities can be a source of bad and good. A small minority of terrorists can cause the loss of lots of ‘freedoms’ for the majority, like taking wine in airplane hand luggage, but at the same time pioneering activities – such as the first female marathon runner Kathrine Switzer in Boston in 1967 – can open the door to millions more female runners.

While a stubborn minority can force change, long-term success only arises from acceptance beyond that minority – this is to say, the majority will decide what has lasting success and what remains niche or faddish.

The fundamental fact of consumer goods – a pattern repeated almost everywhere – is that “light users” constitute the overwhelming majority of your buyers and are responsible for a large share of purchases. A typical consumer in the wine category (as opposed to an atypical one, ie someone who works in the wine industry) will know surprisingly little about the range of offers in the category, and will have a small repertoire of the brands (and regions/varietals) they know and trust. Successful brands are the ones that can recruit these lighter customers (grow in penetration) and become part of this repertoire. Prosecco´s UK success is ‘simply’ that it got popular among lighter buyers (even if the minority of experts are disdainful of it). Same goes for all successful wine brands we have observed over the past 10 years: they invariably grew mainly by recruiting more lighter buyers, ie the majority.

Interestingly, the majority can be affected by the existence of a well-intentioned minority just by assimilation. The rise in sales of vegetarian and vegan food options is not down to everyone turning vegan. While the Vegan Society suggests that there are around 1% of Vegans in the UK, another survey estimates that up to 31% of UK adults are reducing their consumption of meat. So the majority can be inspired by a stubborn minority but adapt it its own way. Instead of turning vegan (difficult), we might opt for a meat reducing strategy. A vegetarian doesn’t eat meat, but a meat eater can eat in a vegetarian restaurant. Flexitarians, as they are now called, are responsible for the majority of purchases of meat substitute Quorn, because their account for far more of the population than pure vegetarians.

*Sorensen, Inside the Mind of the Shopper,2009 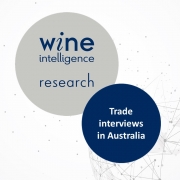