A new president and a vibrant economy mean that Mexico is shaking off the old stereotypes, and its increasing wealth presents a big opportunity to wine exporters

Mexico is rarely described as a “hidden gem” – it’s more accustomed to negative headlines about violence and narcotics, poverty and illegal emigration. Yet that was the phrase used by Rabobank in a recent report on up-and-coming wine markets.

While the world fixates on the explosive economic growth of Brazil and China, Mexico has quietly, but resolutely, got its act together.

Per capita GDP has doubled since 1999 to around US$15,000. Economic growth is running at 4% a year and new president Enrique Peña Nieto has set a bullish target of 6%.

Mexico is gaining an advantage over China, driven partly by spiralling wages for Chinese workers, and cost increases in the oil market, which add to export shipping costs. There has been a wave of investment in Mexico by multinationals like Nissan and Honda. HSBC predicts that by 2018, Mexico will overtake China as the main exporter to the USA.

As wealth rises, we expect wine consumption to do the same. Mexico is a country of 115 million people, who between them get through just 6 million cases of wine a year, 4 million of which are imported, according to IWSR. Per capita consumption is lower even than in China, and about one-fortieth of what it is in the UK.

Middle-class Mexicans, who can afford to shop at the new large supermarkets such as Wal-Mart, are aspirational in their tastes and habits. Wine is seen chiefly as a special-occasion beverage, but is likely to emerge as a drink for everyday occasions. So far, it’s Chile and Spain that have made most of the running in the imported wine category, but Italy is also growing strongly, from a low base. The premium domestic wine industry also stands to gain from this emerging love of life’s finer things: one of the most popular Mexican “Telenovelas” (TV soap operas) of the past year, “Cuando me enamoro”, was set in a vineyard in Baja California, with the wine industry firmly at the centre of a plot involving a European baddie trying to steal a cutting from the hero’s highly prized vines for replantation in his own vineyard.

Wine Intelligence shares the optimism of several economic observers about Mexico’s prospects, and predicts significant growth in the country’s market for wine. Last month Mexico became the newest market to join our global Vinitrac programme, and early in the New Year we will be producing our first report on the country.

Wine in a sombrero? 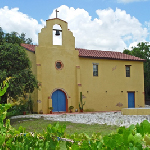 There’s a future in the past
Scroll to top