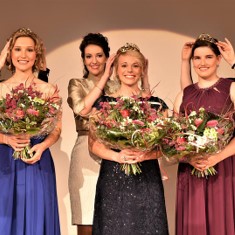 For almost a century, since 1931, Germany’s wine growing regions have maintained a tradition of appointing a “Wine Queen” to serve as an ambassador for a given area’s wines for a year. Like all good traditions, the Wine Queen’s appearance and role has evolved with the changing times. The virtuous and pretty maidens dressed in a traditional “Dirndl” have given way to eloquent representatives with profound knowledge and appreciation of their country’s wine. But one aspect of their role has stayed the same: alongside winemakers, Wine Queens lend the German wine trade a human face; they enrich the wine industry with true passion and emotion. After all, marketing is all about emotions, something that is occasionally lost in 21st Century marketing’s quest for data-driven perfection. So, although some of us cannot help but smile at the young crown-wearers making their way through trade shows, they are, in fact, a formidable marketing instrument for German wine.

Every year each of Germany’s 13 winegrowing regions elects a new Wine Queen, the representative for the wines of their local district. While being the German wine queen is a full-time job, regional wine queens hold the office while studying at university or working full-time. Who are those young women sacrificing their free time for being wine ambassadors? Many of them grew up in a family wine business or decided to pursue an academic and professional career in the wine industry. No matter where the roots for their passion for wine are, enthusiasm for wine and the ability to put this across to others is an indispensable prerequisite for becoming a Wine Queen.

After a full year in office, these 13 young women will compete for the title of the German Wine Queen in an event that is broadcast on television across the country. Their knowledge about wine and viticulture – and their sensory analysis skills – are all put to the test.  A charming, quick-witted personality and a good command of English usually helps applicants convince the jury that they are deserving of the role and to be appointed the national Wine Queen for a year. 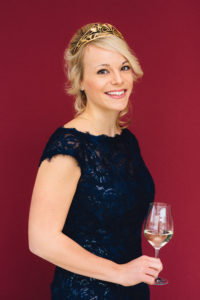 I personally grew up with my parents running a small family wine business, meaning that working in the vineyards as well as wine cellars was part of my childhood. After school, I decided to study business administration, however, I never lost my fascination for the wine business which is why I decided to pursue an internship with Wine Intelligence. Later, I started working for an online wine shop.

Strengthening my bond to the world of wines by representing the wines of “my” wine-growing region, the “Nahe” (which is renowned for producing wines of the highest quality and being home to several of the best wine makers in all Germany), is an absolute honour for me. It gives me the unique opportunity to continue my wine education, meet winemakers and other professionals in the industry, taste incredible wines, improve abilities in rhetoric and communication and finally, to represent what I’m truly passionate about – my country’s wines.

Is it totally necessary that we are called ‘Queens’ and that we wear a crown in public? That’s a frequently discussed question. Obviously, the whole “queen” thing gives us a bit of a fairy tale image and is for sure one of the traditional, not modern, parts of the German wine landscape. But the crown also makes us easily recognizable and tells everyone “I’m here in the name of wine and I’m happy to talk to you about that” and it give our wines what they deserve: a touch of glamour.

Flavour of the age

Millennials: heroes or villains of the wine industry?
Scroll to top