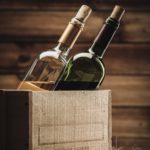 Easing of regulation and economic good times are fueling a boom in the US direct-to-consumer channel.

Could the corner be finally turning in the American direct-to-consumer (DTC) wine channel? After decades of struggle in a harsh regulatory environment, and several false dawns, the answer would appear to be: yes, though with some qualifications.

Let’s look at the good news story first. Sales in the DTC channel have been climbing steadily since the turn of the decade, and have accelerated of late. Reliable numbers are hard to find for online retail and wine clubs, but an excellent proxy is available in the form of ShipCompliant, which tracks millions of transactions annually by the thousands of wineries who use the organization’s shipping services, and publishes this data annually in conjunction with the trade publications Wines & Vines. According to the 2017 report, 9L case volumes in 2016 topped 5 million for the first time, up 17% on the previous year and an impressive 70% increase over 2011. Value has also climbed, up 18% year-on-year, to $2.4 billion.

This growth is mirrored in Wine Intelligence’s tracking data for recalled consumer usage of the channel. We estimate that the DTC channel now touches around 44% of US monthly wine drinkers, or around 41 million people. The single biggest sub-group of DTC users remains those who actually visit wineries, up from around 22 million in 2014 to over 30 million this year. This could be to do with change in availability: a visit which once was limited to those living in certain parts of the West Coast is now far broader thanks to the explosive growth in wineries in other states. Wines & Vines estimates that US winery numbers now top 9,000, up from 7,000 in 2011. More broadly, the growth in online wine clubs, particularly those associated with newspapers and other media organizations is also reflected in Wine Intelligence numbers. The user base for these clubs has almost doubled in 2 years, and their frequency of use and weight of purchase has also grown.

Are there any problems to report? Online retail has grown its share of audience, but purchase frequency and weight of purchase has not grown in line with other DTC channels. And while winery shipping has benefited from a liberalizing regulatory climate, retailers with online arms are encountering sustained regulatory resistance from the distribution establishment and an increasingly unhelpful logistics sector. A qualified success to report, then, but with a lot of potential still unrealized.