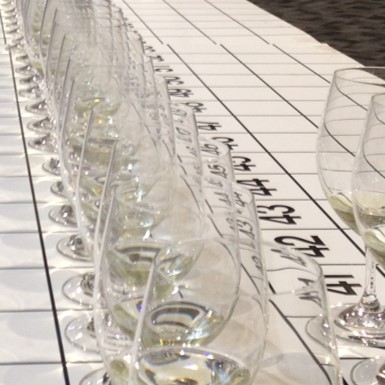 As wine shows and competitions proliferate, the value of a gold medal comes down to the integrity of the judging process.

From the 17th to the 20th of July, winemakers, marketers, researchers and sommeliers alike descended on the Sydney Olympic Park to judge the KPMG Sydney Royal Wine Show. I was privileged to join this elite group of the Australian wine fraternity in a modest associate judge role on day 3 of the judging process.

Of all the controversial topics in the Australian wine industry (there’s certainly no shortage), the role and integrity of the wine show is one that often whips up intense debate. It seems that more and more shows pop up each year, each one attracting the attention of disparaging commentators. These events, often run for profit, are criticised as nothing more but a costly marketing exercise, a vanity show where larger brands can win some bling for their bottles.

I reflected on this issue during my day at the oldest wine show in Australia: the 2017 KPMG Sydney Royal Wine Show. Run by the Royal Agricultural Society of NSW (a not-for-profit organisation, originally established as a society in 1822), the Royal Wine Show has a long and proud history of recognising the best of Australian wine. Unofficially, the Wine Show dates to 1826, but it wasn’t until 1856 it was formally established. 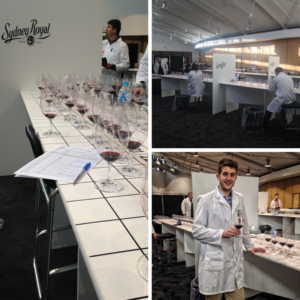 One of the strengths of this show is the calibre of judging talent. This year’s group included include prominent members of the trade from all walks of life: winemakers, journalists, wine buyers, sommeliers, marketers, researchers, managers and educators. At the top of the tree, Samantha Connew returned for her third and final show as the Chair of the Judges. The Chair oversees the whole of the competition and ensures its quality and integrity is upheld whilst maintaining a smooth judging day for all involved. Samantha, a highly regarded winemaker and wine show judge for 15 years, was appointed as the first female and youngest chair of judges for the Sydney Royal Wine Show.

As you enter the hall, the first thing that jumps out at you at the show is the sheer scale of the show. Attracting over 2,300 entries and over 375 exhibitors from across Australia each year, the mere logistics of the event is something to marvel at. A tremendous amount of organisation goes into each wine being catalogued correctly and assigned to the right class, not to mention the mountain of glassware shipped in to meet demand for a long day’s tasting. In stark contrast to the competition’s humble beginnings in the 1900s, each judge now completes their assessment on their own iPad, eliminating the paperwork processing of the past.

On the day, I was fortunate enough to have the opportunity to join in as an associate judge and assess a bracket of forty Shiraz-based wines under the watchful eye of Yarra Yering Vineyard head winemaker, Sarah Crowe. I witnessed first-hand the stringent practices in place to ensure the competition’s integrity isn’t compromised:

It is hard to narrow down to any particular highlights with the standard across the board reflecting the high-quality vintages that Australia has managed to experience over the last few years. However, in line with the research with have conducted at Wine Intelligence, the alternative varieties classes put on a strong show. Tempranillo, Nero D’Avola, Sangiovese and even some straight Touriga Nacional showed very well indeed.

Having worked in both independent wine retail and sales, I understand the incredible selling power that a gold medal tacked on a bottle can have. Equally, I can understand why commentators might be cynical and doubtful of the commercial benefits of wine shows. Yet, from my experience at this particular event, I can say that just as every wine is different, every show is different and some are more worthy of a gold medal than others.