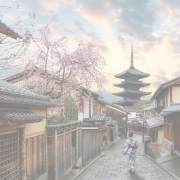 With one of the longest life expectancies in the world, and one of the lowest birth-rates, Japan holds the title of the “oldest” country on the planet. According to the Statistics Bureau of Japan, nearly three in 10 are now over 65 years old, and over-65s outnumber 20-35 year olds by a factor of approximately 2:1.

Why does this matter? Per capita wine consumption in Japan is already one of the lowest in the world. For a category that’s finding it hard to recruit younger legal drinking age (LDA) drinkers, the overall tilt of the population creates additional hurdles. Around two thirds of regular wine drinkers are now aged 55 or older, compared with just 10% who are LDA-34. The over-55s tend to be less experimental with their approach to wine, are more price conscious, and also have the lowest category involvement.

However, the younger LDA Japanese who have chosen to enter the wine category are much more adventurous and high-spending – a more exciting prospect for brand owners, as they want to expand their knowledge bases and are willing to trade up as part of that need. 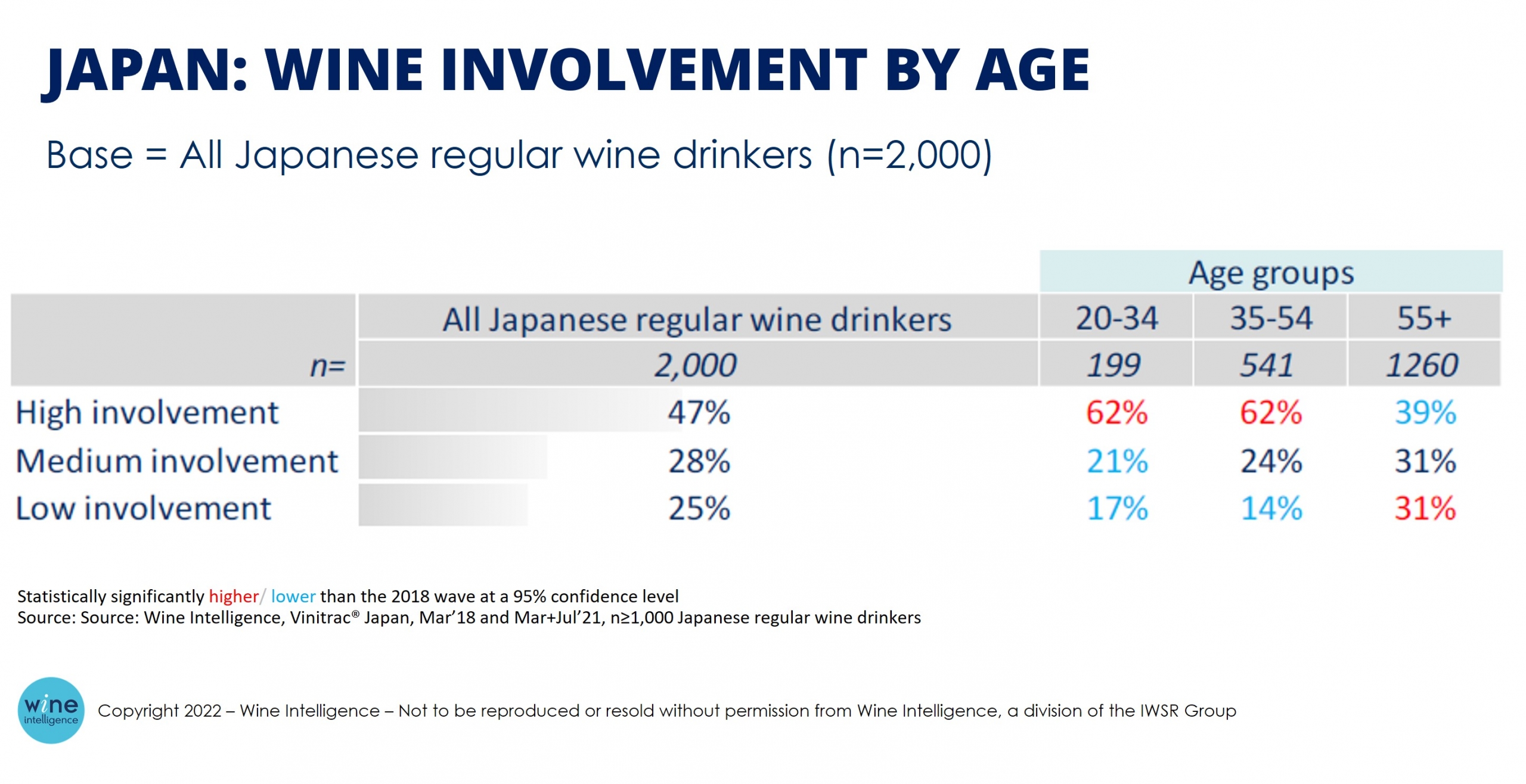 Since our previous Japan Landscapes report in 2019, the Japanese regular (monthly) wine drinking population has remained stable. This follows a precipitous decline since 2016, and in part reflects the long-term struggle wine is facing to attract new, younger LDA+ consumers to the category in the face of competition from RTDs, beer and non-alcoholic beverages.

Even with the sharp decline in the size of the regular wine drinking population, consumer involvement with the wine category – a proxy for premiumisation – has increased with both confidence and knowledge rising. This is being driven by younger LDA drinkers who are participating in the wine category.

In line with global trends, Japanese regular wine drinkers have warmed to the attractions of domestically-produced wine during the pandemic with recalled purchase of other origins lower as a result of Covid. Although total consumption of sake in Japan has been declining significantly for many years now, the category does resonate with Japanese regular wine drinkers, whose purchase and recalled consumption of sake has increased since 2018.

Another Covid-era effect is the rebound in consumption occasions and spend in 2021. Most likely connected with post-lockdown bounce-back, Japanese regular wine drinkers report spending more at formal and celebratory occasions compared to pre-pandemic levels though it appears they may be drinking less volume at those occasions. Additionally, Japanese drinkers are prioritising consuming alcohol and treating themselves to better quality wines now compared with pre-pandemic. However, they are still hesitant to return to the on-trade and therefore are using informal and relaxed off-trade occasions to engage with wine.

Why has our relationship with wine changed in the Covid era?

What will happen to Australia’s new Millennial wine drinkers in 2022?
Scroll to top