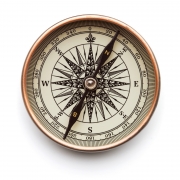 This year’s Global Compass 2018-19 report shows that total wine volumes in 2017 remained static, while the market value (at retail prices) have increased 3% in the past year within the top 50 wine markets.

Factors driving prices up were shortages of wine caused by poor harvests in both hemispheres, combined with changing consumer preferences and moderating consumption behaviours in certain key markets. Counterbalancing this has been the impact of Free Trade Agreements, particularly in Asia, which have seen tariff levels fall and has reduced retail wine prices to enable more consumers to participate in the category.

The Global Compass report is published annually and is designed as a reference guidebook to help wine businesses compare the opportunities offered by different wine consumption markets. The data tool shows key metrics for each market, and these are combined to show a ranking of 50 key wine markets using a composite weighted attractiveness measure that, in turn, combines overall economic factors and wine market factors.

The market attractiveness ranking, along with this global market classification, shows a snapshot of the worldwide wine market at this particular moment. Markets are constantly changing and the scores should be considered as relative measures for comparing markets rather than absolute measures of investment attractiveness.

The report shows that the United States remains the most attractive wine market, because of its size and value, though its volume growth and consumer attitude metrics suggest that the long period of growth it has experienced since the turn of the century may be coming to an end. The other most attractive wine markets in the world are currently Germany, Canada, China and France, rounding out the top five.  Switzerland, part of last year’s top five, is now ranked sixth.

In terms of major movers on the list, China and Brazil are both showing increased attractiveness scores on the back of a growing affinity for wine among the country’s large middle classes, and the impact of the online retail channel.  In Brazil’s case, the economy has started to recover after a long period of poor performance, and increasing middle and upper middle class incomes has coincided with an unprecedented expansion of online retailers, with consequential effects on pricing, availability and supply chain efficiency.

For China, the combination of economic growth, middle class demand and online availability has been driving the market for some time, but the report notes that these appear to be accelerating the performance of mid-priced imported wines over the past year, especially from exporting countries such as Australia and Chile which enjoy tariff-free access.

The Compass report also categorises markets by five types, ranging from Mature to New Emerging, depending on variables such as size, growth rate, consumer engagement, and can be described as follows:

The 2018-19 classification features a number of changes, including:

Wine Intelligence’s evaluation method is based on a hypothetically neutral investor with no legacy assets. In reality, it is likely that a business will already have some assets and relationships, and therefore internally will know that markets are not of equal value to all businesses. For instance, attractiveness of individual markets will increase with regional proximity, existing presence and established routes to the market. Therefore, this attractiveness model needs to be supplemented with the specific dynamics of an individual business, region or country to enable the assessment of their greatest opportunities.

This business-level assessment can be performed using the data from this report combined with your own internal metrics of attractiveness / market hierarchy. Wine Intelligence can help in this process. Over the past four years we have completed a number of successful benchmarking exercises with clients to adapt the model to their specific market strengths and opportunities.

Bubbles on the rise in Canada
Scroll to top