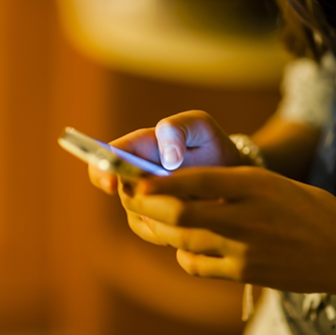 Last week I spent an agreeable hour in the company of Professor Dr Hans Reiner Schultz, the president of Germany’s Geisenheim University, one of the world’s leading wine research institutes. The occasion was the signing of a co-operation agreement between the university and Wine Intelligence, whereby our respective research teams agree to share information on wine markets and consumer behaviour, collaborate on commercial research projects, and hopefully create a better body of knowledge and insight than we would do working separately.

Thanks to the social internet, I had of course “met” Dr Schultz previously. He and I are connected on LinkedIn, and before the session in Geisenheim I had taken the liberty of looking up his Wikipedia entry, and becoming slightly intimidated at the long list of achievements he has racked up in a 30 year academic career.

As it happens the social internet will be the subject of our debut as co-operating institutions, when we jointly host a seminar at ProWein on how consumers and producers in the wine category are responding to the opportunities, and challenges, of using the new communications technologies to talk about wine. Geisenheim will be showcasing its recent research with wineries in Germany and the USA about social media’s role in their marketing efforts; Wine Intelligence will be talking about recent reports on wine consumers and social media in China and Australia.

While the scope and populations of interest are quite different, there are clear commonalities between the two studies. One is that despite its inherent global-ness, the social internet is very much a local phenomenon. Consumers in China obsessively WeChat with other Chinese of the same generation, town, occasionally the same room, and use their smartphones as their portable shopping centre; Australians also blog and chat, but typically with other Australians, and buy their wine online from their local Dan Murphy’s.

The Geisenheim data suggests that winery social media strategies are also highly localised. American wineries are fully connected on “traditional” social platforms like Facebook, and are now investing heavily in presence in picture sharing apps such as Instagram and Pinterest. Their social media goals are mainly customer acquisition and retention. By contrast, German wineries appear to be using fewer social media platforms (just Facebook), and see the channel mainly as a way of pushing out information and PR announcements.

If we accept that social media strategy needs to be localised, it rather begs two awkward questions. First, how does a business selling to consumers all over the world manage social media effectively from a central location? Answer: with great difficulty. It’s all very well advocating a strong Weibo campaign in the Shanghai area, but if it’s executed from, say, Buenos Aires, how is it going to connect with its audience?

Second, how does the same globalised business invest effectively in platforms that are going to be relevant for multiple consumer types? The Geisenheim data suggests that local needs, not surprisingly, tend to drive overall strategy. Americans are the most frequent users of Instagram, while Germans lie 5th (source: Instagram.com), so it follows that US wineries pay this platform more attention.

Join Wine Intelligence and Geisenheim University for the historic first public presentation as part of our collaboration agreement on 17th March 2015 at 1145am at the ProWein Forum, Messe Dusseldorf. To register, click here 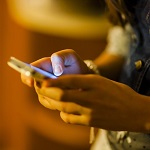