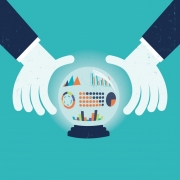 As we reach the halfway mark of 2019, our resident futurologist assesses how the five predictions for the year, offered last December, are holding up in the face of reality.

Maybe Don Henley had it right in The Boys of Summer when he sang “don’t look back / you can never look back”. I find myself cringing inwardly when I look back at things I have written or spoken of in the past, particularly if what I said confidently at the time didn’t quite come to pass as I predicted. Apart from one gloriously prescient effort from 2010 (“we are entering the Prosecco decade”), my record has been decidedly mixed, with my lowest moment probably the confident forecast three years ago this week, to a roomful of South African winemakers who had paid for my expertise, that the UK would not vote to leave the EU. My only defence is that a number of soothsayers were in the dock on that one.

That said, who among us would pass up the opportunity to mark our own homework? Our communications supremo here at Wine Intelligence has offered me just such an opportunity, with an invitation to revisit my 5 predictions for 2019 from last December as we reach the halfway mark in the year.

1. Alcohol intake will continue to fall in developed world markets

A fairly safe prediction, perhaps, but also true, and potentially very serious for an industry such as wine where value has historically taken a back seat to volume in many business plans. The latest data on this subject, published by our partner agency IWSR at the beginning of June, was even more alarming: even taking into account the developing world, which is widely regarded as having lots of growth potential, worldwide alcohol consumption actually fell by 1.6% in 2018. The biggest losers in 2018 were beer, particularly in China where volumes declined by 13%, and the enormous US market ( down 1.6%), and wine, which showed further declines in mature markets such as France, Germany, Spain, Italy, plus a decline in previously buoyant China. IWSR reckons overall volumes will move back into growth over the next 4 years, led by the developing world, and value will rise everywhere as the world’s increasing health consciousness drives the drink-less-but-better trend, and non-alcoholic adult drinks get better and more available.

2. Overall knowledge levels about the details of wine and where it comes from will decline

As this is a long-term trend, there’s not much startling news to report. Except that, as a couple of correspondents have pointed out to me since the original article published, it may be that the definition of ‘details of wine’ may be changing, and therefore what we’re measuring is not a decline in knowledge and engagement levels, but simply a change in the way ‘knowledge’ is defined and used in the context of wine.

For instance, wine apps such as Vivino allow users to find, very quickly, a wine that might suit them through assessing other people’s ratings. Visitors to Cellartracker.com can do similar. Both Vivino (36 million users) and Cellartracker (550-600,000 subscribers) have seen their user bases grow dramatically in the past few years, with both picking up momentum in the past few months.

At the same time, there has been a dramatic rise in people taking serious wine education courses. In the past decade, the Wine & Spirit Education Trust has expanded student numbers over fivefold. Last year (2017-18) the WSET enrolled 95,000 students, and their chief executive Ian Harris reports that the number for 2018-19 will be 108,000, a year on year growth of 13.5%.

3. Vegan wine will become a thing

Plenty of evidence here to support the growth of vegan wine, both in terms of its existence and major brands such as Brancott Estate getting behind the concept. Our recently published Global SOLA (Sustainable, Organic, Lower-Alcohol and Alternative) Wines report highlighted that vegan wines are showing increased awareness levels (much stronger, for instance, than biodynamic wine), though still at low levels compared with organic or Fairtrade wine. However, the volume of new vegan bar, restaurant or hotel concepts launching (I count 10 in my news feeds in the past week alone), this awareness level is very likely to carry on growing.

4. Wine brands with sustained investment strategies will prosper at the expense of second-tier competitors

News here as well to support the prediction, made on the back of observed changes in how much brand and category information we as consumers can successfully retain and how much we ‘offload’ (see also Prediction #2 above). Our latest Global Brand Power Index, published in March 2019, showed how the world’s most powerful brands are consolidating their leadership position, despite declining overall levels of brand awareness generally. At a country level, index scores for the top 10 brands seem to be holding up, with lower awareness compensated by increased levels of usage and trust. Index scores for brands outside the top 15, and especially outside the top 20, are falling, mainly because awareness levels for these brands are suffering comparatively more. This will come as no surprise to those of you who subscribe to the marketing academic Byron Sharp’s thesis on brand power as stated in How Brands Grow. Could it be that the ‘double jeopardy’ effect Sharp described (following Andrew Ehrenberg before him) of bigger brands getting the lion’s share of attention and therefore market share is being played out in the wine category? Discuss.

Much noise is heard from the cannabis drinks industry, though so far no ‘mainstream’ producer has brought a cannabis (CBD)-infused wine to market. Entrepreneurial outfits such as Cannawine (Spain, exporting to the UK), and similarly-named Cannavines (California, mainly selling locally) have launched products and have gained good press coverage, though it isn’t clear yet how the product itself is selling. Perhaps the wine industry as a whole is displaying a bit more caution than other sectors? The industry leaders I have spoken to on the subject are tending to take quite a cautious approach – they all agree that cannabis-related market has potential, but don’t yet have a handle on what the offer looks like, and many of them fret about how to make the product taste good. We may need to be a bit more, er, relaxed about the timing of this last prediction.

The four things wine consumers care about
Scroll to top